Once upon a time in the midlands 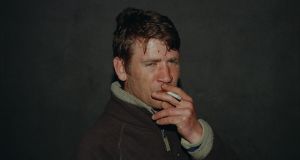 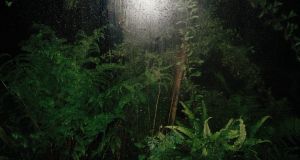 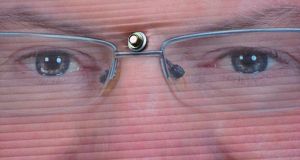 In, Around & Aftereffects: Ciaran Óg Arnold, Martin Cregg and Mark Duffy
★★★★
A PhotoIreland Festival 2018 exhibition at Roscommon Arts Centre
The Irish midlands tend not to get much attention. They form a squeezed terrain you pass through heading east or west, north or south, all the more so as motorways insulate and isolate travellers from the landscape through which they travel.

The “social, cultural and psychological landscapes” that make up In, Around & Aftereffects, comprise work by three photographers who have in common midlands backgrounds. More, what they do has been shaped and influenced by the environments in which they grew up.

Lest this sound too thematically regional, each displays a distinctly different visual sensibility, and each approaches a body of subject matter with insight and analytical flair that emerges from but transcends locality.

Martin Cregg is from Ballinlough in Co Roscommon. In a series of photographs titled A Fading Landscape he has explored his connections to this rural place. Under a blanket of snow, in close-to monochromatic images, the landscape is literally fading. It was as if we were watching links dissolving, memories becoming a distant echo. His work in this current show is taken from Midlands, a body of work and a self-published book (which has gained attention internationally). He sets out to provide a 21st-century account of the midlands.

That is, in many respects, an account of modernity in the midlands, a gradual process but one greatly accelerated by the property boom and development projections outlined in the National Spatial Strategy.

Broadly speaking, Cregg concentrates on the eclipse of the pastoral by industrial parks and housing estates. It’s not just that these complexes are variously unfinished and unoccupied. They are like film sets or theatrical backdrops that don’t quite come together. The unruly, underlying world shows through at the edges and the joins, a refutation of the planners’ confident assertiveness. And a challenge for the population.

Where Cregg’s photographs show a patchily constructed Brave New World that remains unclaimed, and unobtainable, Ciaran Óg Arnold’s award-winning book, I went to the worst of bars hoping to get killed, but all I could do was to get drunk again, offers a view into the world where those potential occupants actually live. Arnold is from Ballinasloe in Co Galway and the book is a darkly lyrical account of his experience during a sojourn at home after he had spent time away from it: an insider bringing with him an outsider’s perspective.

To describe it as an account is not quite fair. More than being an account with the detachment that implies, the book plunges us into that world with rare vividness and immediacy. The gravitational centre around which the work orbits is a weekend night out and it is as if what we see is woozily surveyed through a filter of alcohol.

Harsh details have an hallucinogenic clarity. Faces and figures obliquely glimpsed express shades of hope, doubt, bravado, weariness, despair, foolishness, delusion and much more. The stifling containment of small town horizons is palpable. But there is also beauty and poetry – the title is from Charles Bukowski’s The Suicide Kid. If we’re in the gutter, we’re looking at the stars.

Arnold’s achievement is considerable. His immersion in his material ensures that he is a participant rather than a voyeur. He might have put himself at a remove and brought an attitude of disdain or disapproval to bear on his subjects but he does no such thing. Rather, his personal disenchantment with the circumstances he captures so well is indistinguishable from his tenderness and affection for place and people.

Mary Duffy’s book, Vote No.1, is another award winner (the Vienna Photobook Award 2015). It is appropriately bound between covers fashioned from recycled election posters. Duffy, based in London, is from Athlone, and the premise of his Vote No.1 project is ingeniously simple. Every Irish election generates industrial quantities of political posters and the trappings used to fix them to lampposts and other receptive supports.

The airbrushed portraits of politicians mass-printed on corrugated plastic sheets are not necessarily flattering to begin with, but Duffy noticed another aspect to them.

When we see the images in situ, we tend to read them in terms of the faces they represent and the imprinted slogans they bear. But they are objects as well as images, and they are fixed to their supports by plastic ties, bolts and other devices that can, for example, abruptly cut across an individual’s features or distort a likeness in wrapping it around a cylindrical post. The result, Duffy noted, could be “accidental, and often gruesome, disfigurements”.

He makes large-scale, tightly cropped views of posters that exclude context and leave us with close-up, exaggerated portraits that are, as he says, subject to all kinds of physical impositions and distortions: gags composed of strips of plastic ties, bends, creases and discolourations, graffiti additions, and the intrusion of stains and whatever the elements have thrown at the hapless subjects.

Other of his projects confirm that Duffy’s visual style is naturally up-front and brash. Vote No.1 is in character. He has said that he had in mind the disenchantment of the electorate with the political parties after years of austerity. The stridency of the election advertising posters, more even than the chance injuries inflicted on the candidates’ likenesses, does suggest a political establishment trying desperately to sell itself to its clientele in a fairly crude way. Thoughtful, and persuasively, In, Around & Aftermath lives up to its aims, and reaches far beyond them, to a country and not just a region.