Jonathan Mayhew lets words do the talking in new show 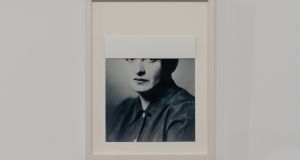 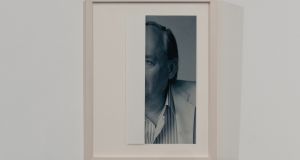 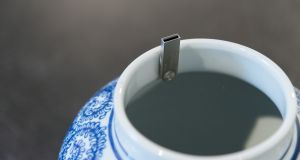 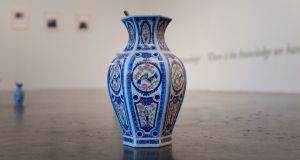 I Wanted to Write a Poem

I Wanted to Write a Poem is Jonathan Mayhew’s most substantial exhibition to date, gathering together a number of pieces by this most oblique and elliptical of artists. He is, one feels, completely against waste and superfluity and questions every stage of art’s intervention in the world.

However, though usually sparing in substance, each of his works encapsulates a wealth of thought in distilled and concentrated form. The show stems from his winning the annual Emerging Visual Artist Award run jointly by Wexford County Council and the Arts Council.

Text figures prominently, so it’s no surprise that the title comes from a collection of informal interviews with poet William Carlos Williams by Edith Heal, published in 1958. The two met over a five-month period and Heal questioned him about his life in relation to each publication of his poetry collections.

Williams (1883-1963) had a lifelong interest in painting: he painted before turning to writing, friendships with painters remained significant throughout his life and he even described his poetry as a form of painting with words. Best-known as a modernist poet, for most of his career he headed the paediatrics department of a New Jersey hospital. The grounding of his work in the world around him and the observational precision of his language – “No ideas but in things” as he famously put it – were enormously influential on the development of US poetry and writing.

An open copy of the book, I Wanted to Write a Poem, pages faced down, is placed in one corner on the floor of the gallery, as though a reader has laid it momentarily aside. Mayhew has entitled this intervention Mid Sentence, indicative of the conversational engagement he is aiming for with his exhibition.

Williams’s sentiment clearly appeals to him. In the interviews, he notes, the poet does not explain that much in terms of process, meaning or context, “as he did not want to spoil the way people read his work”. Equally, Mayhew is not prescriptive in terms of meaning and does not elaborate on what we encounter in the gallery. No one account of the exhibition, he implies, is the right one.

The point is what each person can make of it. That, incidentally, is likely to vary considerably. For example, the work is dense with references and quotations, and it is extremely unlikely that one person will pick up on all of them.

A number of decoratively glazed ceramic vases are distributed throughout the centre of the floor space in between the structural pillars. This looks really good, though the vulnerability of the installation might unsettle any curator. The title is This is Water. A USB memory stick is attached inside the rim of each vase. Presumably Mayhew sees a memory stick as a container, just as a vase is a container. In each case the vessel is a springboard to variable content.

Yes, one might say, but a memory stick might contain a vast trove of information in one form or another, while a vase might contain . . . water, and perhaps flowers. It depends on the level of analysis.

Specifically, Mayhew offers “the possibility that a drop of water could hold all the information about the world, DNA from everything, contained in its tiny form”. Information looms large in the show. The proliferation of information and the loss of much else is spelled out in a wall text that takes off from TS Eliot’s question: “Where is the life we have lost in living?”

Previously, Mayhew has been interested in the processes by which information becomes gibberish, language unintelligible and worthless. He is perhaps ambivalent about the breakdown.

“I am interested in these moments when identity becomes unmanageable and when ideas of ourselves along with the world around us are thrown into crisis. This to me is not a failure but more a gap where something new is possible,” he wrote in relation to one work.

His video projection, Slouching Towards Bedlam & Part of the Way Back, indicates such a breakdown and partial reconstitution. A series of textual fragments in verse form float against swirling smoke. Some are certainly quotations or near-quotations.

“The best minds/Of our generation/Are thinking about/How to make people click ads” is a clear approximation of a famous remark made by data expert Jeff Hammerbacher a couple of years ago. Mayhew lets the thought hang there, though at the time Hammerbacher continued: “That sucks.”

Then “at two and a half minutes to midnight the snow falls carefully” is surely a reference to the clock that symbolically denotes humanity’s proximity to catastrophe, nuclear and environmental. Initiated 70 years ago by the Bulletin of the Atomic Scientists when the threat of nuclear Armageddon became real, the clock has been annually adjusted since. It made headlines in January this year when the hands were moved on. Contributing factors, the bulletin explained, included the election of Donald Trump as US president in the context of renewed nuclear risks as well as looming environmental problems.

Time and again Mayhew is drawn to the peculiar phenomenon of increasing disconnection in the increasingly connected world. “Data flows past us, like rivers from mountains.”

There is no warmth in the glow of information, and the illusory links between individuals provided by technology are no substitute for love. A recording of a song by Gustav Mahler, I’ve Lost Touch with the World (Ich bin der Welt abhanden gekommen) from a poem by Friedrich Rückert, is played as the gallery is closing each evening and then in the empty space each night. It’s a compelling image of the technological loneliness that is symptomatic of our time.