A remote part of Norway where life is kept frozen

Artist Michael John Whelan is continuously drawn to the world’s most northerly settlement of more than 1,000 people 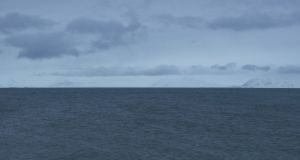 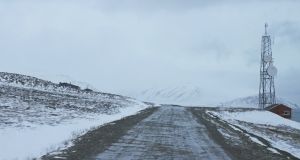 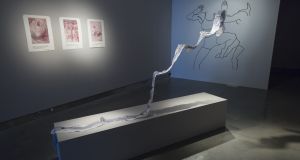 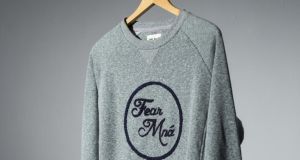 In terms of remoteness, the Norwegian archipelago of Svalbard in the Arctic Ocean must rank highly. With a total population numbering rather less than 3,000, there is just one populous settlement, Longyearbyen, on the west coast of the largest island, Spitsbergen. Longyearbyen has the distinction of being the world’s most northerly settlement with a population of more than 1,000 people. Living far above the Arctic Circle is no joke. Just before Christmas 2015 an avalanche hit the town and buried several houses. One person died and several were injured.

The Berlin-based Irish artist Michael John Whelan has been drawn to Svalbard because it is home to the Global Seed Vault. Three vaults have been constructed deep inside a sandstone mountain on Spitsbergen, capable of accommodating 2.25 billion seeds at a constant temperature of minus-18 degrees, the idea being to preserve them against possible catastrophe for future generations. The seed vaults are at the heart of an ongoing series of works by Whelan. As it happens, Svalbard, but not on this occasion the vaults, triggered the video installation Frontier, which is the main component of his exhibition Yellow Amber Grey Amber at Rua Red.

He heard of the appearance of a white humpback whale (it was given the nickname Willow) off the coast of the archipelago in 2012. That struck a chord. His work has been consistently concerned with our relationship to our environment. He is clearly fascinated by the way we set about trying to understand the physical world in its layers of complexity, and by our problematic impact on the world. He approaches the subject in terms of mathematical and scientific theory, and technology, but also in a broader cultural sense. That includes the roles of myth, symbolism and ritual. In terms of art history, he seems enduringly interested in how the romantic idea of nature and landscape plays out in a contemporary setting.

Certainly, several key works by the German romantic painter Caspar David Friedrich come to mind in relation to the imagery of the icy, windswept beauty of the Svalbard coast we see in the video projection. In this magnificent setting, the whale is a symbolic, unseen presence. It has an illustrious precursor: literature’s most famous albino whale. Herman Melville’s Moby-Dick was significantly inspired by the true story of a rare, exceptionally resilient whale encountered in the Pacific in the first half of the 19th century.

Whelan has featured animals – and indeed white animals – in his work before. In several separate projects he has alluded to the death of the last Irish wolf late in the 18th century, to a herd of white deer and to the plight of polar bears. In all these cases the animals offer implicit comment on human treatment of the natural world and the interplay between the group and the individual. The unseen whale is at the heart of Frontier, and Whelan expands on the notion of albinism as a marker of otherness and strangeness. He intercuts footage of various albino animals in blurry, fragmentary glimpses.

The outsider can inspire both fear and hostility. Subtitles relate the experiences of albino people in Tanzania and Malawi (albinos fare badly in several African countries) and comment on the unusual incidence of albinism in birds around Chernobyl. These various elements are woven seamlessly and effectively into a 10½- minute work that is hypnotically watchable. The real star, it’s fair to say, is the harsh, brooding, spectacular setting of Svalbard, a land and seascape of almost abstract purity.

The final piece in Not Necessarily Naughty is Nicola Horner’s Persona. It’s an open wardrobe standing in the farthest corner of the gallery. Peer inside and you see a number of painted latex masks arranged on hangers: a straightforward idea, well executed, rich with implications – for example, the idea of putting on an identity as one dons clothes to meet the day. As with all four exhibitors, Horner is a young artist and the dominant theme relates to the experiences and perceptions of young people – particularly young women – in a consumer culture dominated by social media, peer pressure and the weight of convention. There’s also a sense of a dark underside to bland normality.

Sophie Carroll Hunt takes on a core issue directly with a series of text pieces carved into blocks of MDF, fleeting comments given monumental form and subject to analysis and reflection. They are misogynistic tweets writ large, all nasty and disturbing.

Community and communality flow in Sofya Mikhaylova’s drawings, Fountain, in scroll and rectangular format. In the context, they provide a more encouraging, positive sense of the potential of collective endeavour than that represented by the spectre of anonymous individuals tweeting nastiness from the shadows.

The curators are Chaira Pizzi, Edana Gorham, Ellen Redmond, Karl Graham, Orla McGovern, Róisín White and Shauna Blanchfield. Artist Andy Parsons facilitated. The evidence is that the process was extremely useful and rewarding for all. It’s a thoughtful, quietly provocative show, one that is particularly relevant to a younger audience.