The battle for the soul of modern art

An exhibition in Cork explores how we perceive value in art and in life, raising intriguing questions about the art market in the process 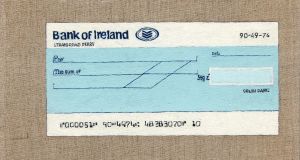 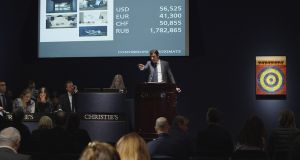 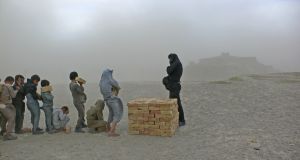 Brick Sellers of Kabul (2006) by Lida Abdul. Courtesy of the artist and Giorgio Persano Gallery

In Siberia a group of young artists hold an annual auction in which they sell their art for food. In Glasgow, the Turner Prize is awarded to an architects’ collective for a project that seems closer to social work. And in Cork, a pile of crushed nutshells sits on a gallery plinth alongside another holding aloft a pair of old shoes. What on earth is going on in the world of art?

One of the fascinating things about art is that it is, essentially, useless. Despite what those advocating for funding increases say about tourism, creative capital, therapy and social inclusion, art really does sit sideways from what philosopher Theodor Adorno called “the dominance of purpose over human life”.

Equally, in a culture where everything is measured by economics and valued for something it “does”, art occupies a space outside profit and loss, utility and productivity. With that in mind, it’s all the more interesting when the economic systems of valuation by which we tend to define our lives push at the meaning of art, and better yet when artists push back.

The 15 artists in the Siberian auction weren’t exchanging their art for food because they were hungry, but because, as organiser Denis Yefremov told a local news site, they could get more people interested in art that way. Most collectors, he said, are ordinary people of average means. One painting, After the Night by Anastasiya Scheglova, sold for 10 chocolates and some salmon, while other pieces went to new owners for buckwheat and lard.

In Cork’s Glucksman Gallery, Everything Must Go is a group show curated by the gallery’s Chris Clarke, alongside UCC economics lecturer Declan Jordan. It aims to explore how we come to construct value, not just in art but in everyday life. Chinese artist Ni Haifeng’s Reciprocal Fetishism (2010) is a collection of plinths on which are displayed a range of ordinary objects the artist has taken from the home of an unnamed but prominent collector: books, an empty wine bottle, a saucepan and steamer, a teapot.

It’s a brilliant piece, in that even as it plays with that idea of the transformative power of the artist (it’s art because I’m an artist and I say it is), it also touches on celebrity fetishism (is a teapot more valuable if it happens to be Madonna’s teapot?), while making you look more closely at mundane things because they’re in a gallery.

In addition, Reciprocal Fetishism is a reminder that unless the wider world gets in on the act, the things that we value personally – a favourite mug, a soft toy, a letter, a paperweight – become meaningless rubbish when we die and personal connections are broken. In some ways, making art and ascribing value to it is a gesture of protest against that process.

The exhibition also includes a pair of Eric Fischl’s large Art Fair paintings (2014), in which the artist has completely caught the human drama of international fairs, where the art frequently seems secondary to the people-watching, the speculation and the all-important deal.

Another standout is a duo of Amie Siegel videos, Provenance and Lot 248 (2013). Provenance tracks pieces of modernist furniture, collectors’ items in swanky international apartments and salons, back in time through auction, exhibition, restoration and container shipping, to that moment when they were on the cusp of becoming junk in the Indian city of Chandigarh. The companion piece Lot 248 follows the auction at Christie’s of one of the editioned copies of Siegel’s film. I watched in astonishment as the bidding rose in units of thousands, the theatre of the auction demonstrating the inflation of value from little more than the strengths of competition and belief.

Everything Must Go is wide-ranging, encompassing themes of speculation, collection, commodification, trade, advertising, display and economic theory. It raises general questions and evokes ideas, rather than presenting a thesis or making a specific set of arguments. Nevertheless, the ideas it does evoke are uncomfortable, as it is hard not to be implicated in making judgments based on economic or fetish values when it comes to looking at art.

In other words, no, I’m not immune from looking longer and harder at a work of art when I’m told it sold for so many millions or that the artist has been collected by somebody significant. Add to that the realisation that all markets can be manipulated, and you start to see why it can be so hard to “see” an art work on its own terms, to judge it purely on the basis of an intrinsic worth.

Today’s art market is actually a reflection of the values of a relatively small elite of marketers, collectors, curators and tastemakers. It is telling that the price of old master paintings has fallen in relation to that of modern and contemporary art, quite simply because there is not enough “product” available to justify the efforts of the speculators and investors in the former to continue to inflate their value.

On the other hand, those same investors are themselves victims of global trends. So what are those trends telling us about art today? Whose intrinsic worth is being amplified by success, or vice versa?

In Ireland, the bubble in the art market burst at the same time as the banking and housing market collapsed. That didn’t happen internationally. The global movers in the art market perhaps thought they were bulletproof, but with international jitters, talk of war and the upcoming US elections, trends are down and, anecdotally, insiders anticipate a tough year ahead.

Nevertheless, there will always be those moments when enough people get behind an artist to create an upsurge in value. Despite closing its St Stephen’s Green premises in 2013, Rubicon Projects has been continuing to show at international art fairs, and sold out its booth at Pulse in Miami earlier this month, with a show of paintings by Ronnie Hughes. Irish artist Genieve Figgis is developing a strong international space for her painting; and Kerlin sold out its exhibition of young artist Samuel Laurence Cunnane in June. The gallery also did well from the attention around Sean Scully’s 70th birthday this year.

Diana Copperwhite, represented in Ireland by Kevin Kavanagh, has been selling steadily in New York, and Mick O’Dea’s history paintings, also at Kevin Kavanagh, are not only strong works but have doubtless picked up on the 1916 effect. “You have to take Irish artists internationally,” says Kavanagh. “The art market here is still quite flat.” But as the cost of an art fair will range from €12,000 to more than €20,000, it’s an expensive gamble. Kavanagh is currently “trying to think of different ways to bring our artists to bigger audiences overseas, side-stepping the fairs”.

What he’s really talking about is finding a way to continue to enable the artists he represents to make a living, to find the spaces for more people to see these artists’ works in contexts in which they can find them valuable. But what the works in Everything Must Go and Assemble’s Turner Prize award demonstrate is the discomfort many feel at the dominance of the market in how we’ve come to see art. Utility or unit of capital? Purposeless or vital (or both)? In the battle for the soul of art, it’s hard to know which side will be the winner.