Bauble auctions: something is rotten in the upper reaches of the art market 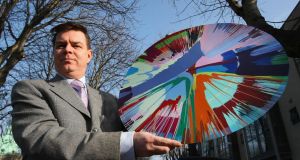 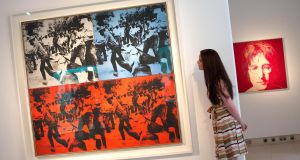 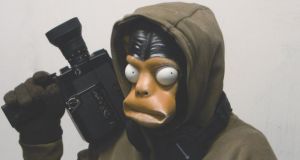 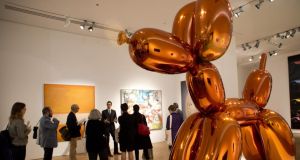 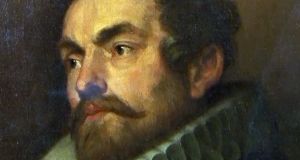 It had to be star power: how else do you explain the figures fetched at the Christie’s contemporary art auction in New York last May, as $745 million (€554m) was spent on art in 2½ hours, the highest auction total ever. An Andy Warhol sold for $56 million. Groans from the crowd were reported when one bidder tried to add an increment of “just” a quarter of a million to his bid. A mere $250,000? How embarrassing.

Put that in perspective with the failure of a head study by Anthony van Dyck, recently authenticated on Antiques Roadshow, to sell at auction this month. Christie’s had given it an estimate of £300,000-£500,000 (€380,000- €631,800): almost a 10th of the price of Warhol’s Race Riot (1964). Something is rotten in the upper reaches of the art market. What is making Old Masters unsaleable, while brighter art baubles fetch stratospheric prices?

The answer is: celebrity. So why don’t we have a little of that magic stardust in Ireland? And then again, do we actually want it?

The Christie’s auction is part of a trend that is redefining what art is, how it is made and collected. It’s a trend that is sending destructive ripples through the art world, affecting the choices of this year’s graduating art students, and shaping the tastes of people who worry about what sort of art they ought to enjoy.

Mirroring the economic distortions that see the top 1 per cent – the ultra-high-net- worth individuals – owning almost half the world’s wealth, according to Oxfam, the headline-grabbing art market represents a minute proportion of what art really means and is. Yet it is having a disproportionate effect on how the art world operates.

Luck as important as skill

Here’s how things used to work: an artist would graduate, put together exhibitions and events with friends and be selected for a group show or two. If they were one of the lucky ones – luck being just as important as inspiration and skill – they would be picked up by a commercial gallery, which would nurture their careers.

In his insightful book, The Supermodel and the Brillo Box, economist Don Thompson describes how “there are likely to be 15,000 artists walking the streets of London or New York at any one time, calling on dealers and seeking representation”. Those are not great odds.

The gallery, taking an average of 50 per cent commission on sales, pays the rent (their own, not the artist’s), puts on a show for the artist every two years, commissions an essay, hosts a reception, attends art fairs, and wines and dines potential collectors. Despite that 50 per cent, a commercial gallery will lose money on its emerging artists, hoping to make it back as their careers develop. Enter what Thompson describes as the über gallery: the likes of Gagosian, White Cube, Zwirner, with branches around the world and a new habit of poaching the most successful artists from middle-ranking galleries.

In the short term, that strategy pays off, the artists get an extra veneer of success by association with the über gallery, and their prices go up. Long-term, it’s a pointlessly parasitical exercise as, without returns on their earlier talent-spotting, the mid-level galleries are dying. And without the mid-level galleries to nurture new talent, new talent finds it harder to emerge. This squeezed middle can be seen in Ireland.

In the absence of a solidly developed career, celebrity talks, especially when it comes to people who appear in gossip columns as often as they do in the arts sections: Tracey Emin, Jeff Koons, Damien Hirst, Banksy.

This doesn’t necessarily mean their work is wanting, but Thompson outlines how a great backstory can add multiple zeroes to an artist’s price, and has little to do with the quality of the art. It’s a theme picked up by Sotheby’s director Philip Hook in his book Breakfast at Sotheby’s. He suggests things that happen to artists in their lives influence the way we appreciate them and what they produce. He recommends unhappy love affairs, madness (though not illness) and an early death.

Contemporary backstories for art include a big-brand gallery, famous collectors, gimmick works with shock value, and auction records. Just watch Banksy’s quite brilliant film Exit Through the Gift Shop to get an unsettling sense of how it all works.

These backstories feed into a different idea of what the super rich want art to do for them, an idea that Thompson explains with the question: “What jobs do we hire art for?” Do you describe your new purchase as “an abstract painting” or a “Roy Lichtenstein I paid $5 million for at Christie’s”? Thompson invokes the art genie story. The genie grants your wish to have the work you lust after, on condition you can never sell it, show it to anyone, or tell anyone about it. Do you still want it?

Celebrity and show-off value can cause people to do remarkable things. In 2007, the Flat Lake Festival in Co Monaghan sold a Damien Hirst painting for just €380. The catch was that it was one of Hirst’s spin paintings, sold along side a whole lot of other spin paintings, some made by children at the local school. When the real Hirst was revealed, the lucky purchaser followed the spirit of things, and auctioned it for charity. It sold for €95,000.

Hirst may not even have made that spin painting: he works with technicians to create his art. One of these is Rachel Howard. In 2008, two Howard spot paintings came to auction, one under her name and one as a Hirst. You can guess the rest: $90,000 for the former; $2.25 million for the latter.

The Flat Lake auction took place in the same year that Hirst produced his diamond-encrusted skull, For the Love of God, touted at the time as the most expensive work of art ever sold, at £50 million. The purchaser was a consortium that included Hirst himself. They now hire out the skull to exhibitions around the world.

This illustrates another issue with the influence of a few ultra-high-net-worth individuals. The type of art most conducive to being “hired” has a particular look to it: big, vacuous, glitzy, unsubtle. In its press release for Koons’s Balloon Dog (Orange) Christie’s said: “To own this work immediately positions the buyer alongside the very top collectors in the world and transforms a collection to an unparalleled level of greatness.” Someone believed them: the shiny sculpture sold for $58.4 million.

In this sense, art is a victim of marketing. The quietly astonishing, and gently wonderful art that is made away from the world of celebrity, doesn’t get marketed with big budgets, quite simply because there is less money in it. But it is in the parts of the art world that matter, beyond the hype, that really interesting things are going on. Jonathan Jones wrote in his Guardian blog about how Germany is winning in the art stakes: “Beuys, Richter, Kiefer, Polke, Ernst . . . such a formidable lineup shows up British contemporary artists for the commercial, over-hyped and celebrity focused lightweights they are.”

When London’s Serpentine Gallery launched a perfume last month, in a bottle designed by Tracey Emin, there was an outcry. “It’s an insult to art,” tweeted Sunday Times critic Waldemar Januszczak. The celebrity connection only sprinkles its stardust when subtly managed.

So if you are a graduating artist, what are your choices? Do you follow the lure of celebrity overseas or take comfort in ignoring the antics of the 1 per cent? Perhaps the most useful thing is to consider what Karl Marx said, as quoted by Thompson: “Works of art, which represent the highest level of spiritual production, will find favour in the eyes of the bourgeois only if they are presented as being liable to directly generate material wealth.” And then ask, “Is that why I wanted to be an artist?”