A serious man: the intensity of Jake Gyllenhaal 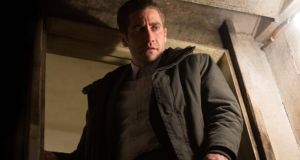 A tough, conflicted version of Jake Gyllenhaal as a detective on the hunt for the kidnappers of two young girls in ‘Prisoners’ 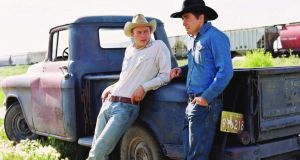 A tough, conflicted version of Jake Jake Gyllenhaal as a detective on the hunt for the kidnappers of two young girls in ‘Prisoners’ 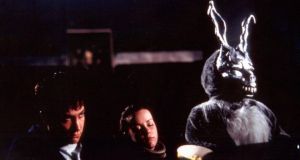 You know who Jake Gyllenhaal is. He’s stammered his way nervously through Donnie Darko and Brokeback Mountain. He is brother to Maggie Gyllenhaal, brother-in-law (via Maggie) to Peter Sarsgaard. He is close to cornering the market on a certain class of charming vulnerability. You want somebody a little more civilised than Gosling and a little less rumpled than Ruffalo? Gyllenhaal is your only man.

It comes as a surprise then to discover that Gyllenhaal – now 32 – has only recently become comfortable in an actor’s skin.

“There has always been a question of doing other things,” he says. “It is a family business, but it had only recently become my life’s work. It is only recently that I have realised this is what I wanted to do.”

Well, he is on something of a roll. So perhaps this is the time to belatedly commit. Two years ago, he ate up the screen in Duncan Jones’s terrific time-travel puzzler Source Code. Last year, he delivered a cracking turn in David Ayers’s cop movie End of Watch. This week, you can see him in the best straight-up mystery thriller you are likely to see for quite some time. Denis Villeneuve’s grey, tense Prisoners finds a tough, conflicted version of Gyllenhaal as a detective on the hunt for the kidnappers of two young girls. Hugh Jackman turns up as a father who takes the law into his own hands.

A warm reception
It must be nice to promote a film that people really like. Who knows what people will make of your work?

“Yeah. You never quite know,” he says. “I think that is the plight of anyone who does anything that has any sort of result to it. And you particularly don’t know if you’re an actor, because film isn’t your medium. And my brother-in-law said something interesting: you can, as an actor, make the mistake of assuming a positive response is about you. It might not be.”

This is a reasonable point. A lot of people deserve credit for the success of Prisoners. Aaron Guzikowski’s debut script – plucked from the “Black List” of best unproduced screenplays – twists with great elegance. The rest of the cast is strong: Jackman, Melissa Leo, Terrence Howard, Paul Dano, Viola Davis. But Gyllenhaal forms the film’s knotty core. Although there are only a few clues to the cop’s backstory, Gyllenhaal fleshes him out into a rounded personality.

“I spent months on that,” he says. “I spent months working out who he was. There is a line about him being in a boys’ home. When I was making End of Watch, I talked to a lot of detectives. The best of them have had some sort of criminal involvement in their past. They have to be in some way in love with the criminal mind.”

Tall, dark and intense
Very dark, impressively tall in a good two-button suit, Jake Gyllenhaal comes across as a fairly intense sort of fellow. You would bet that he thinks long and hard about any role that comes his way.

Prisoners could be seen to be offering a comment on the “war on terror”. Shortly after the kids go missing, Jackman’s character grabs a recently released suspect, chains him to a radiator and sets to hammering the truth out of him. It is surely safe to assume that Gyllenhaal has an opinion on the film’s meditations on the efficacy and morality of torture.

“I don’t think it’s so much about torture,” he says. “I do think it’s about revenge and about how revenge begets more revenge. It’s about the mythology of revenge. Here’s Hugh Jackman, who we love to see playing the action hero, playing a character who shows that revenge is useless on an emotional level. What are the psychological implications? You can ask those questions about Syria and a great deal more.”

And it asks us whether we might react similarly if something awful happened to our own loved ones.

“Sure. We’d all like to be Liam Neeson. Right? Ha ha!” (I think he’s referring to Taken, not Schindler’s List.)

Gyllenhaal picked up old-school liberal politics and artistic leanings from his bohemian parents. His dad, Stephen Gyllenhaal, is a prolific writer and director. His mother, Naomi Foner, is also a writer. As a lad, he was encouraged to take part-time jobs and volunteer in homeless centres.

His comment about not seeing himself as an actor until recently seems peculiar when you consider how long he’s been in the business. You can spot him as a boy in 1991’s City Slickers. His first lead role came in the undervalued October Sky in 1999. Richard Kelly’s cracking Donnie Darko should have been his breakthrough, but the film – an existential head trip concerning giant rabbits and the end of the world – took a long time to register with audiences. Now it’s a cult. Back in 2001 it was considered a curious flop.

“It makes you wonder what ‘success’ means,” he ponders. “We felt we had done something hugely successful. I knew deep in my heart, my mind – in my dreams, even – that what we had done was a success. So I wasn’t surprised when I woke up a few years later, while doing a play in London, to discover this groundswell had been happening. Good things do get found. Audiences seek them out.”

He leans forward to allow greater animation. “Look, I wouldn’t blame myself if I listened to an album, thought I didn’t like it, but then, after a few more listens, got hooked and found myself playing it on repeat for the next five years. There are some things that need that. I knew we had made something good there.”

I’m sure people are always coming up to him and asking what the film is really about. “All the time,” he laughs. “What has happened to Donnie Darko is really cool. What’s funny is that, over the years, it’s always people in the same age group that come up to me. It’s always people from 18 to 25. It has become a rite of passage and that’s amazing.”

Sibling rivalry?
Donnie Darko also starred his gifted sister Maggie. The siblings’ careers have played out in gentle harmony over the past decade or so. He got a best supporting actor Oscar nomination for Brokeback Mountain. She got a best supporting actress nod for Crazy Heart. It’s hard to say who is the more famous. But there must occasionally be rivalries? Surely, he must quietly fume when she gets a part in The Dark Knight? Tell me it’s so.

“I don’t think that idea has ever even crossed our minds,” he says slightly apologetically. “Okay, maybe when we were younger. We really are incredibly interested and focused on doing good work. And we are keen on helping each other to do good work. By that I mean honest work. We don’t always manage that. But we are trying. All of us: me, my sister, my brother-in-law.”

Gyllenhaal dissects and analyses every question with a disconcerting intensity. He is a serious fellow. We may have to wait a while before we see him falling towards effluent in an Adam Sandler film. That class of pin-eyed seriousness is, of course, what’s made him the actor he is. There’s a heft to his performance opposite Heath Ledger in Brokeback Mountain that you rarely encounter in actors that age. At the time, many said he was “brave” to take on a gay role. Does it still seem that way now?

“I guess,” he says. “I didn’t reaIly think that much about it. That’s to do with how I was raised. What was important was that it was an Ang Lee film. This love story felt like an ancient lost book that had been rediscovered. My only concern was that it was told right. And it was. Ang Lee told it right.”

His emotional connection to acting is unmistakable. How strange it is that he only recently admitted he was doing this for a living. What other professions was he considering?

“Well, I have been asked this before,” he says in a slightly coy tone. “The answer is that there is no simple answer. There are many things I’d like to do.”

Silence breaks out. He smiles. “I don’t know if my not answering the question answers it.”

I don’t know either. Maybe he means that he wants to ponder the question in privacy. “Maybe. Or maybe it has always been about acting.”

Prisoners is on general release on Friday

Martin Freeman: ‘I’m not nice, not your best mate. I’m angry and a bit superior’
Real news has value SUBSCRIBE