10 things we learned at Borris Festival of Writing and Ideas

Who is David Gilmour’s favourite lyricist? Why are film adaptations inferior to the books? Can poetry replace liturgy? All these questions and more were answered in Co Carlow 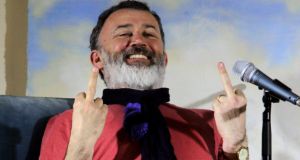 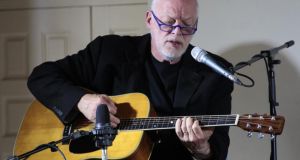 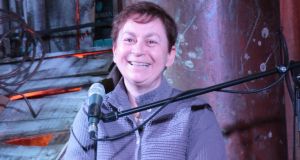 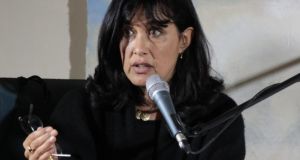 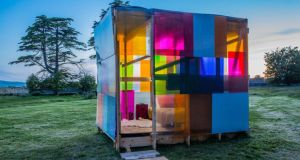 One of eight innovative sleeping spaces in the Walled Garden. Photograph: Allen Keily

With a line-up that includes interviews with an array of acclaimed authors, and workshops on publishing and the craft of the short story, there is a rare ease to this event, held in three small venues within a short distance of each other. Your favourite author is likely to walk off the stage after speaking and sit down beside you for the next talk. Here is what we learned.

Faded Pink Floyd T-shirts are in abundance in the crowd as author Polly Samson and her husband, David Gilmour, give a masterclass in how they work together to build a song. “The music nearly always comes first,” says Gilmour, before taking out his guitar and scatting over a new song, Girl in a Yellow Dress. He then plays the finished track on his phone, with Samson’s lyrics in place, and laughs while miming along. “It’s like a short story,” Samson says about the formation of her lyrics. “David becomes to me a bit like a character in a book.”

Gilmour is full of praise for his wife. “Words come to me rarely . . . I inhabit her words better.” While acknowledging the talent of his former bandmate, he says: “I think I am working with a lyricist who is better than Roger [Waters]. I would much rather do it like this.” They announce for the first time that his new album will be called Rattle the Lock.

2 Joanne O’Riordan has her eye on the Áras

Interviewed by Olivia O’Leary in a talk called No Limbs, No Limits, the ebullient O’Riordan speaks about her tireless campaign for wheelchair accessibility, and how her local councillor runs and hides when he sees her coming. She mentions a recent visit to Áras an Uachtaráin: “I was in the house and thought, I can see myself in that bed. Though not while Michael D is in it, obviously.”

3 Film adaptations can be hell for an author

Three master storytellers – authors Michael Cunningham and Ian McEwan, and director Neil Jordan – discussed the difficulty in adapting novels for the screen. “There is an interiority to a book, which is why it’s a book,” says Jordan.

“Which is why films are so disappointing. Everyone sees the same film,” adds Jordan.

McEwan sees big-budget movies as a “riot of waste. When the accountants are flying first class, none of that money is on the screen.”

They discuss the demise of cinema. “The revolution is happening in television” says McEwan. “And that energy is leaving the cinema,” adds Jordan, before briefly mentioning his own new television collaboration with John Banville and Paul McGuinness, “about the utterly corrosive effect money has on human beings”.

When Anne Enright sits down to write a novel, she asks herself, “What is the question?” Enright, Ireland’s first Laureate of Fiction, describes Irish fiction as “the most thriving literary eco-system in the world” before reading from her latest novel, The Green Road. When asked about the female characters in the book, Enright says: “When I was growing up, female suffering was very highly valued. I didn’t see what was in it for me. You started out lovely and ended up crying.”

5 Stories live inside the landscape

One of the delights of Borris is the wonderful pairings of speakers, which, when the chemistry is right, give the sense of eavesdropping on a private conversation. Kevin Barry and Tommy Tiernan are one such perfect pairing. Alert as they both are to the stories that live within the Irish landscape, they discuss how human feelings can settle into the atmosphere of a place. Tiernan begins by mocking the futility of events such as this one – “we’re chatting on the Titanic” – before the two relax into an easy and brilliant dance of language. “What else do we have but stories to tell each other?” asks Barry.

6 Poetry and grace can replace religion

Philosopher AC Grayling and Michael Harding discuss the spirituality that can come with the falling-away of organised religion, leading to a fresh “reaching for the poetry of things”. Grayling advises that the two things one must seek to acquire with age are, “Courage to face what is beyond our control, and a degree of self-mastery over our fears and appetites”.

“My head is reeling after that talk,” says a woman at the coffee stand afterwards.

7 What an author has to say will change

“Literature is like a great conversation through the ages. If you can just join in, there is nothing to stop you,” says

Ian McEwan in his interview with Sinéad Gleeson. He speaks about the reckless pleasure he took in “pessimism and darkness” in his early work, but “as you get older, your stake in the world increases and you want the human project to succeed”.

Literature is not the only focus. Fintan O’Toole interviews Nick Davies about the phone-hacking scandal, and then later, war documentary makers Ben Anderson and Olly Lambert talk about the collapse of public trust in those telling the story. Lambert warns of the danger of documentaries following cinematic tropes.

9 For genius, look to music

Ian McEwan believes genius is more apparent in music than in any other art form. He envies the “structure and abstraction of music that writers are denied” because “words are a shared thing”.

There is music there, too, from Fionn Regan and Cathy Davey among others. Jim Moginie of Midnight Oil and Nick Seymour of Crowded House close the festival, playing together with a guitar orchestra.

10 Sheep have no time for glamping

A short walk from the venue is an area called the Walled Garden, which this year is home to eight “pods”, innovative sleeping spaces, each designed by a different architect, and commissioned by Airbnb (expect to see them at this year’s Electric Picnic). One has a Japanese theme, one looks like a large translucent Rubik’s cube. I spend the night in a pod designed by award-winning architect Ryan Kennihan, which is lined with a red fabric that gives it an Arabian Nights feel. I wake in the morning to see the blue sky through the clear plastic roof, and hear some slightly put-out sheep bleating from the corner of their field.