Wild Geese: ‘The sky’s the limit in Australia’ 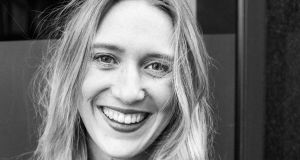 Dubliner Sinéad Connolly: “I hadn’t really been involved in the Irish community until a year ago, and it was my mum told me I should do so.”

Sinéad Connolly has just turned 30 but she has already achieved a great deal since graduating in commerce from UCD in 2009.

The Dublin woman is a director and founder of Sydney-based Lotus People, a recruitment company supplying support role staff such as receptionists and secretaries. She has been nominated for, and won, a host of business awards.

But how did it feel to graduate just after the Celtic Tiger economy imploded? “The big four [Deloitte, PwC, Ernst & Young, KPMG] were still recruiting people from commerce and anyone with decent grades would have got an interview,” she recalls. “So if I wanted to stay, the option was there. But I wanted to travel and have an adventure.”

After some time travelling, Connolly got to Australia in late 2010. “I spent most of 2011 travelling and doing regional work, including on a potato farm.”

The farm work was important, as it allowed her to get a second year on her visa.

“I didn’t really know what I wanted to do, but I was always very driven, I always wanted to be successful. Until I found recruitment in Sydney, I didn’t know what that was going to look like.”

Within a week of deciding recruitment was the key to her future, Connolly met Laura Hopes with whom she later set up her business. “She gave me a six-month contract on the reception desk of a small agency. They sponsored me for residency in a customer-service role and I soon became a consultant.”

But she and Hopes had bigger plans. “Laura and I worked extremely hard and worked well together.

“We had, in that business, been through an experience where there were two leaders. One was an amazing people person, an extremely kind Irish woman who I looked up to. But she left and another leader stepped in and it was then run by two men in a predominantly female-led business and the culture changed. We thought we would take what we do and apply that in our own setting and we knew we had the ingredients to be successful.”

It was a brave, but not foolhardy, thing to do in her mid-20s. “We approached a couple of people who ran their own agencies and were interested in offering investment. We went with the people who are still my partners and shareholders now. The equity plan they were offering was very much in line with what we were after. They are not involved day to day but they are there if I need them and I call on them a lot for their experience.”

For years, English and Irish backpackers have been the backbone of the recruitment business in Sydney, with the possibility of visa sponsorship ensuring everyone worked hard. But visa changes have shaken up the industry.

“The bigger agencies that have always had that churn and burn approach – get a load of backpackers in and whoever works sticks and if they don’t, off they go – they will really struggle now, because you have to focus on retention, engaging staff and making sure people want to be in the business.

“We have really high retention. I’ve only lost people who have gone overseas or interstate. In three years, I’ve not lost anyone to a competitor. I have not struggled to hire people or retain them since the visa changes came in, but I know other agencies, the bigger ones especially, that have.”

Hopes left a year after the business started, to teach yoga.

“Laura is a couple of years older than me,” Connolly says. “She had always been a kind of mentor to me so, without any management experience, I had to step up and own the role. That was definitely a challenge, but the business has gone from strength to strength.”

Her engagement with the Irish Australian Chamber of Commerce has worked well. “I hadn’t really been involved in the Irish community until a year ago, and it was my mum told me I should do so. So I did and it has been a really rewarding experience. I’ve been part of the pilot group for the Emerald Kin women in leadership group. Everyone has built confidence and learned from each other. It’s been a really great support network. It was something I didn’t know I needed.”

Connolly says the work ethic is very similar in Australia. “Irish people go well in businesses here; companies request them. A number of clients have said to me, ‘Can you send me another Irish woman’.

“The main thing that has worked for me in building a business that’s focused on people is relationship building and looking after people. That is very Irish as a style and it resonates with the Australian way of doing business.

“I was talking to a friend at home last night and I told her to come out, we’ll have you working in no time. The sky’s the limit in terms of what you can achieve out here.”

That’s the confidence that has led Connolly to go from working as a receptionist to employing 13 people in a few short years.