No expense spared: what employees can and can’t claim in the workplace

Claiming expenses can be tedious, with grey areas about entitlements and what counts as a legitimate claim 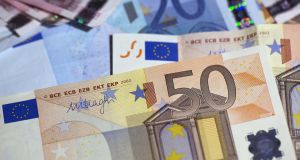 Expense claims are often at the bottom of both employers’ and workers’ to-do lists.

Expense claims are often at the bottom of both employers’ and workers’ to-do lists. Those red cents can add up, and with the economy growing again, the number of expenses submitted by employees and directors is on the rise.

With extra attention on expenses due to recent provisions in Finance Bill 2015, here’s a look at what you can and cannot claim, where the inequalities lie and how technology can make the system more equal.

The most common business expense claims made by Irish workers include travel, meals, uniforms, and parking (although travel to and from work is not included). They are among various expenses that can be claimed either from Revenue, or from from your place of work – depending on your company’s policy and how they define a “work expense”.

Flat-rate expenses are available to a wide range of professions and serve as a means of relief for equipment needed for work, such as tools, uniforms, stationery, etc.

They are deduced based on the profession and the amount of expenses necessary for that profession, and are widely considered to be underclaimed, with 571,000 people claiming under this category in 2013.

Under Revenue rules, you are allowed claim back overpaid taxes, as long as you do so within four years. This means that if you make a claim now, you will be eligible to claim back the relief for the years 2011-2014. If you leave it until January, you will miss out on 2011, so it makes sense to do it now.

You don’t need receipts to claim the relief and can do it quickly and easily through the Revenue’s new My Account service at ros.ie.

For a comprehensive list of flat-rate expenses see the employee expenses section under income tax at Revenue.ie.

Separately, the HSE has published a list of expenses allowable for subsistence while travelling abroad. Search the hse.ie/eng/staff website for “subsistence allowance abroad”.

Round-sum expenses are lump sums that are effectively added to salaries to cover any possible expenses that may be incurred. No proof of payment is required. Although these are allocated to cover expenses, they are considered by Revenue as additional income, and are taxed as such.

Vouched expenses are expenses for which there is proof, such as a receipt. They are incurred by employees in performing duties as part of their job, and are required to be “wholly, exclusively and necessarily so incurred” for them to be reimbursed.

Where flat-rate expenses are allocated for day-to-day expenses, vouched expenses are commonly used for out-of-the-ordinary events, such as business meetings held outside the office.

In 2003, the latest year for which figures are available, €70.9 million was allocated to flat-rate and unreimbursed expenses, incurred during the duties of employment.

For the self-employed, or those who work from home, claiming expenses can be more complex, because of the grey line between what is a work expense and what is a personal expense. It is up to the worker to decide what proportion of their electricity, telephone charges or travel costs are related to their business, and what expenses are private, as claiming for more than they are entitled to can result in a false claim.

A recent survey conducted in the UK found 85 per cent of those surveyed had claimed a false expense, 5 per cent overclaim every time they submit an expense, and one in 10 respondents had considered claiming for a false expense but had never done so.

He gives an insight into the most common examples of expense fraud in Ireland. “We tend to see expense fraud most commonly in handwritten receipts, where either you fill it in yourself and add more to the amount, or add a one to the €9 claim, making it €19.

“We had a case a number of years ago where a worker went out and printed his own meal receipts for an Indian restaurant in Manchester, and who then had a few of his colleagues’ file expenses for meals on a regular bases. We caught him when one of the team had to follow up on a VAT number, which had got torn off by mistake, and we made a call to discover that the restaurant in question had gone out of business a number of years previously. There was £45,000 involved and five people lost their jobs.”

Although figures are not available on the number of false claims made in Ireland every year, Revenue is taking a focused look on business sectors that are suspected of avoiding tax through making false claims.

The National Contractors Project discovered significant amounts were extracted from some personal services companies (otherwise known as contractors), without payment of tax, from expenses that had not been incurred at all, or from expenses that could be legally paid tax free.

Despite the increasing popularity of smartphones, paper systems are still the most popular method for employees to submit receipts and related documentation for expense requests, according to a global survey in 2012.

As most claims are made retrospectively, this means employees are left out of pocket for anything from a week to a month, or even a year in some cases, depending on company policy and the means of reimbursement (cash, cheque or bank transfer).

However, technology is slowly creeping in, and the instant manner of the system is resulting in a lot more claims, says O’Neill.

“With the introduction of electronic filing, we see employees making more claims, as the electronic system gives them the opportunity to take a picture of their receipt and submit it straight away. In an ideal world, an employee could enter an expense sitting in a café, submit it to his line manager who can approve straight away, and our audit team will then pick it up for final approval and payment, so all could happen in the same day.”

The result is a more equal system, as employees aren’t left burdened with work expenses for the same length of time.

Although workers are technically entitled to claim the same expenses as their company’s director, the line is blurred in terms of how a “necessary” expense is defined within businesses.

In the situation where a worker is claiming directly from their company, it is generally up to the director to decide if the expense is necessary, as well as approving or rejecting their own expenses.

The biggest difference for a company in Ireland in comparison to others in Europe is that business travel VAT is not recoverable by Irish companies, although it is by our UK counterparts, which allows companies to recover VAT on meals, hotel accommodation and most other expenses that have VAT charged on them.

This year’s Finance Bill proposes a tax exemption for the reimbursement of vouched travel and subsistence expenses incurred by nonresident directors who are attending meetings in Ireland pertaining to their company. Although this could be seen as a move to attract more business people into Ireland, KPMG has raised concerns about the issue.

“While the measure is very welcome for both domestic companies and the FDI sector, the exemption is confined to nonresident directors. This limitation could leave Irish resident directors at a disadvantage when travelling to meetings in Ireland and abroad if they are unable to rely on another exemption or exclusion from taxation relating to the reimbursement of the relevant expenses. It is possible that the measure contravenes the EU Freedom of Movement principle.”

This new proposal, however, is applicable to a small number of people, and would potentially amount to a small difference in what a company director resident in Ireland can claim compared to those resident abroad.