Negotiation is an emotional business

The heart of emotional intelligence is self-awareness, the capacity to sense the first stirrings of anger or anxiety 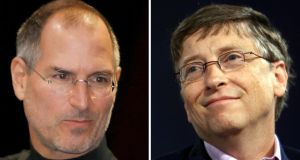 Steve Jobs and Bill Gates had a prickly relationship. On the one hand, their two companies did significant business with each other. But the two men also were rivals, both in the marketplace and in the public spotlight.

Sometimes emotional flare-ups threatened their collaboration. As Walter Isaacson recounted in his book, Jobs was enraged, for example, when Microsoft was on the verge of launching Windows. He claimed the new platform blatantly copied Apple’s graphic operating system (even though Apple had itself liberally borrowed programming developed earlier at Xerox, Parc).

Gates visited Apple headquarters in hopes of smoothing things out. Instead, Jobs excoriated him in front of Apple’s top management team. “You’re ripping us off,” he shouted. “I trusted you, and now you’re stealing from us!”

Gates didn’t yell back. Instead, he sat calmly offered another way of looking at the situation.

“I think it’s more like we both had this rich neighbour named Xerox,” he said, “and I broke into his house to steal the TV set and found out you had already stolen it.”

Gates’s poise – his ability to manage his own feelings in a high-pressure situation – exemplifies a key feature of emotional intelligence. His calm proved contagious. Jobs’s anger abated a bit in the meeting and the two men discussed their differences privately in later conversations.

The heart of emotional intelligence is self-awareness, the capacity to sense the first stirrings of anger or anxiety. That awareness, in turn, must be coupled with an understanding of what kindled that particular response.

Depending on the situation, it might be something that another person has said or done. If we dig deep enough, we sometimes see our own attitudes are the real source of our visceral response.

Together with my colleagues Kimberlyn Leary and Julianna Pillemer, both of whom are psychologists, I’ve explored the thoughts and feelings that people bring to the bargaining table. We did in-depth interviews with seasoned negotiators, all with two or more decades of experience under their belts.

Every person we interviewed expressed some degree of anxiety about negotiation. With a few subjects, it was only a minor concern, but with most it was the dominant emotion. And if you think about it, that’s not surprising. People were concerned about the unpredictability of the process. Even after sealing a deal, people wonder if they left money on the table, or pushed too hard and damaged a relationship.

Such feelings hamper effective negotiation. If anxiety isn’t properly managed, it can make you defensive – and lots of other bad things will follow. You may be reluctant to reveal your interests, for example, fearful of being exploited. And if you’re wary of others, you may be too quick to interpret an innocent question as a ploy. Most important, if you are tense and closed yourself, others may misread your defensiveness as hostility. Tensions may escalate as a result.

We perform better if we can maintain the poise Gates showed in his confrontation with Jobs. It’s not a matter of suppressing our emotions. That’s neither feasible nor desirable. Instead of ignoring these important feelings, you have to be aware of them and not let them take over.

More fundamentally, we need to connect with others, especially in long-term transactions. It’s hard to understand other people’s feelings if we haven’t grappled with our own.

Michael Wheeler has taught negotiation at Harvard Business School since 1993. He is the author of ‘The Art of Negotiation: How to Improvise Agreement in a Chaotic World’