More than half of workforce feel deflated in January 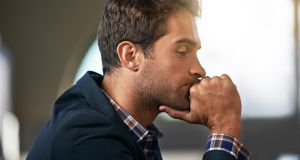 More than half of people feel deflated returning to work in January, a new survey shows.

Market research agency iReach Insights found 52 per cent of people feel deflated returning to work in January, while 34 per cent experience low energy and a lack of motivation during January and February.

More than six in 10 people cited a lack of natural light due to shorter days as the reason. A third of people experience low energy and lack of motivation in the months of January and February.

Almost 70 per cent of adults in the Republic believe they are strong enough to beat the winter blues and stay positive and upbeat.

In terms of ways to combat the winter blues; 86 per cent relax at home; 82 per cent go out for walks; and 80 per cent spend time with family and friends.

One in four cited unpaid credit card bills for Christmas expenses as a reason for feeling low.

To combat this, one in three focus on work; one in four come up with a new personal image; and one in five volunteer in the community.