Fluent in Irish? You could be in line for an EU job

Up to 180 translator positions expected to be available by 2021 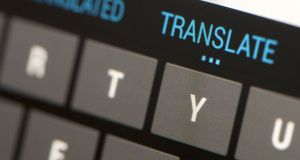 Leaving Cert students about to sit your Irish exam, take note - you could end up working for the European Union in a few years.

A recruitment campaign seeking 62 translators has just been launched, with up to 180 jobs for those fluent in the Irish language expected to come up before the end of 2021.

Those who want to apply for the jobs will need to be university graduates with “an excellent command” of Irish and a thorough knowledge of at least two other official EU languages, such as English, French or German.

The news will come as a boost to those engaged in the debate about the usefulness of studying the Irish language in schools.

“Often, school students have felt there were only very limited careers arising out of Irish language studies,” said Sean Kyne, Minister for Gaeltacht Affairs. “This is a wonderful opportunity to pursue a rewarding international career and to raise the profile of our national language across Europe.”

The positions were announced at an event hosted by RTÉ’s Sharon Ní Bheoláin.

“It’s a stimulating time for the Irish-speaking community,” said Rytis Martikonis, Director General of Translation at the European Commission. “The EU institutions are fully committed and will work in close partnership with Ireland in meeting the challenges ahead.”

Applications for the jobs, which carry starting salaries of just over €52,000 per year, can be made through www.jobs.eu-careers.eu.