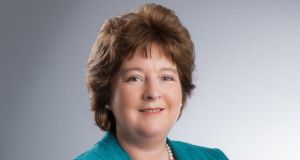 Lying still in their hospital beds, their dead eyes fix straight ahead at the digital cloud machine on the ceiling. The rubber dummies – complete with their rubber rounded bellies – lie side-by-side with their rubber newborn babies. The leathery-skinned ladies wait patiently for recently recruited doctors and nurses to wander through the swinging double- doors, from the dusty desert outside.

The static stand-ins are residents at a state-of-the-art simulation centre, located just outside Doha in Qatar. Everything here is being tested, down to the marble floor tiles in the lobby, which have been shipped in from China. Here, international medical teams train together, to standardise any differences in how they carry out procedures in their home country. Everyone needs to be on the same medical page.

The staff are working towards the opening of Sidra Medical and Research Centre, due to take place next year. The women and children’s hospital is being funded by an $8 billion donation by the state of Qatar – “one of the largest endowments of its kind” according to the press release. Part of this sum will fund the 5,000-plus staff who will eventually work at the facility come opening day.

Among those recruits is 50-year-old Dr Mary Boyd, from Woodbrook, Co Roscommon, who is the hospital’s chief nursing officer. The mother-of-one arrived in Doha in June 2013. Her 30-year-career may have spanned the four corners of Ireland, but she had never worked abroad.

“It was an exciting opportunity and I wanted a challenge professionally. When I arrived, I knew nobody here, but the Qatari people are so friendly. The staff at Sidra helped me find my house and showed me around, so I was all set up when my husband Eamon and son Evan arrived in Doha six weeks later.”

It’s no surprise that Mary was a shoo-in for the top nursing post. In 2004, she was director of midwifery at Dublin’s National Maternity Hospital, one of the busiest facilities of its kind in Europe, processing more than 9,000 births a year. And Sidra is aiming for similar figures, despite Qatar’s population being half the size of Ireland’s.

“It’s estimated there will be about 10,000 deliveries a year. And we hope to have 120,000 episodes of care going through the emergency department of which 10 per cent will be admissions of elective surgery for children.

“The hospital will have 400 beds with the infrastructure to expand to 550 beds in time. The facility is the best I’ve ever seen in my career. I’m not aware of any other women and children’s hospital in the world that has been created to such a high standard. It’s lovely to be involved.”

Sidra boasts it will be a wireless, filmless and virtually paperless facility. It promises to use advanced technologies such as robotics, computer-aided surgery and diagnostics, and digital imaging more advanced than 3D.

An example of the benefit of this futuristic approach is given on its website: “when a new medication is entered into a patient’s record, systems will automatically alert his/her doctor to any possible drug interactions with other medications the patient might be taking”.

Dr Boyd is encouraging Irish medical staff to join her for what she says is a once-in-a lifetime opportunity, both professionally and personally.

“I’ve been involved in recruiting in Ireland, the UK, Australia, New Zealand and, predominantly, North America and Canada. The available positions range from nurses, nurse leaders and managers, as well as directors of women and children’s services.

“We also need doctors and medical educators for our training centres. While I understand some specialist and very senior positions will be head-hunted, most of the job applicants can apply through the careers section of our website, sidra.org.”

And as if to convince potential candidates of the career possibilities even more, Mary’s smiling face is among the five team leaders on the website’s homepage – she is the only woman among them. She believes her elevation to such a top spot has a lot to do with where she comes from.

“Irish people are educated to a very high standard. I was fortunate enough to have been able to go from my Inter Cert – as it was known then – right through to my doctorate, thanks to the Irish education system.

“Because of the Government’s investment in education, Irish people can travel internationally and take the top posts internationally anywhere they want. I’m proud to be an Irishwoman, in the position that I hold here. I have a wonderful work/life balance and am able to spend lots of time with my child as well as give the best of myself to work.”

Davy chief executive and deputy chairman resign in fallout from €4.1m Central Bank fine 13:26
Liam Carroll’s legacy in property market will be debated for years to come 05:41
Officials may release beef carcasses from a herd whose location was unknown 05:31
Women on Air calls for ‘hard data’ and broadcasting quotas 05:23
‘Essential’ retailers milk the Covid restrictions 05:16