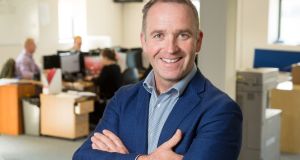 Co Wicklow-based Smart Storage is to create 60 jobs in Ireland over the next 18 months as part of an expansion.

The firm, which specialises in under stair storage solutions is creating roles in a number of areas including logistics and sales and marketing.

The company, which also currently operates five satellite bases in the UK, is to create a further 40 jobs there as it opens three further new offices in England.

Smart Storage, which was set up by Paul Jacob in 2011, said the expansion coincides with the awarding of new design patents for Europe, the US and Canada.

The company secured €65,000 in funding from businesswoman Norah Casey for a 20 per cent stake in the business in 2012 when Mr Jacob appeared on the television show Dragons’ Den.