Unilever’s exit from London is loaded with Brexit symbolism

London’s status as Europe’s financial capital, and the world’s, is not guaranteed 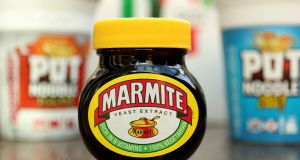 Six months before the UK leaves the European Union, another type of exit may be about to happen, in the other direction. One of the biggest and most historic companies on the London stock market is proposing to move its headquarters from London to Rotterdam, thereby severing a vital link in its 150-year-old association with Britain.

The company is Unilever, a €140 billion consumer-goods behemoth that makes Marmite, Dove and other well-known household brands. The company is not abandoning the UK – it will continue to employ thousands of people there. But if its shareholders approve the shift in a vote at the end of October, Unilever will no longer be “Anglo-Dutch”, as it has been since Lever Brothers (the Anglo bit) and Margarine Unie (the Dutch bit) merged in 1929. It will become simply Dutch.

According to Paul Polman, Unilever’s chief executive, the shift will “simplify” the company’s structure. Rather than having two Unilevers, as is the case today – PLC and NV – there will be just Unilever NV. Moreover, it will be governed by Dutch rather than UK takeover rules. That will strengthen its defence against a hostile takeover, such as the one attempted last year by Kraft-Heinz.

Unilever’s plan has angered some London-based investors in the PLC. Their main objection is that, by moving its domicile from the UK to the Netherlands, the new Unilever’s shares will drop out of the Ftse 100 index. In that event, investors with restrictions on what they can hold may be forced to sell their holdings.

If a bit of forced selling was the only implication of Unilever’s move, this would be just a dispute between a chief executive and his shareholders that Mr Polman could lose – he requires the support of owners of 75 per cent of Unilever PLC shares. But there is more to this saga than that. The shift from London to Rotterdam might be an accounting exercise, but it is one with spectacular symbolism.

Mr Polman’s plan has landed Unilever squarely in the furore over Brexit. It has crystallised a dread that the City’s army of bankers, lawyers and accountants have long felt but have been too slow to articulate – that Brexit could have immediate, tangible and possibly dire consequences for the UK as a place to invest in, and for London as Europe’s financial and corporate powerhouse.

Mr Polman insists Unilever’s move “has nothing to do with Brexit”. That is technically true, and the cadre of Brexit cultists who control the governing UK Conservative party cling to this argument as a straw. But it raises two questions. One is whether, after Brexit, the City can continue to have its Marmite and eat it. The other is whether, after Unilever, other companies will follow.

Step forward Deutsche Bank. The Financial Times reported this week that the German bank, which has an enormous business in London, is preparing to relocate “hundreds of billions of assets” to Frankfurt after Brexit at the insistence of EU regulators. This is also more than an accounting exercise. It looks like a shift of strategic emphasis, a signal that London could become just an outpost of Deutsche in the future, rather than a centre of operations.

Other alarm bells are sounding. Jaguar Land Rover, which is as British as Marmite but is owned by Tata Motors of India, has led the automotive industry’s attempts to send distress signals to the UK government about the dangers of a hard Brexit.

None of these companies is threatening to shut down. But the implication is just as troubling – that the prospect of making further investment in Britain diminishes once it leaves the EU.

That message is not getting through. Or rather, it is getting through, but Brexit Britain refuses to hear it. Brexit has created a strange phenomenon in British politics: open hostility to business and to the City in the ranks of the Tories, once the natural party of British capitalism.

The depth of this anti-business hostility is matched by the crudeness of its expression. When Boris Johnson, the former foreign secretary, was asked at a reception recently about the impact of Brexit on business, he reportedly replied: “F*** business”. Dominic Raab, the Brexit secretary, accused British business leaders last week of using Brexit as an “excuse” for their own failings.

How did this state of affairs arise? One reason is that London’s ancient networks, centred on the City-treasury-Bank of England nexus, are not up to the job of pressing the financial industry’s case amid the sound and fury of Brexit. Another is that Brexit is supremely a political act, to be pursued regardless of cost.

There has always been a streak of EU-phobia in the City. This was evident in the years leading up to the introduction of the euro, which became a hate symbol on London trading floors as the universe of currencies to be traded shrank. Now another EU threat looms.

Given its vast reach, London will not easily be displaced as Europe’s financial capital, and the world’s. Yet, as Unilever and Deutsche Bank show, that status is not guaranteed in this era of moveable assets, investments and headquarters.