Airline has closed Gatwick base and cut more than 3,500 jobs in response to Covid-19 fallout 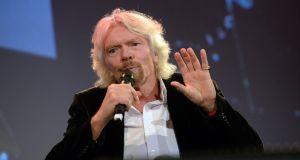 The UK carrier, founded and controlled by billionaire Richard Branson, has already secured backing from three creditor classes and is now seeking approval from the fourth. File photograph: The Irish Times

Virgin Atlantic’s trade creditors voted on Tuesday in favour of a £1.2 billion (€1.3 billion) rescue plan, moving the airline a step closer to completing a restructuring designed to secure its future beyond the coronavirus crisis.

Virgin Atlantic agreed the deal with shareholders and financial and other major creditors in July, and on Tuesday smaller suppliers that the carrier owed money to also approved it.

“Today, Virgin Atlantic has reached a significant milestone in safeguarding its future, securing the overwhelming support of all four creditor classes, including 99 per cent support from trade creditors who voted in favour of the plan,” said a spokeswoman.

“Achieving this milestone puts Virgin Atlantic in a position to rebuild its balance sheet, restore customer confidence and welcome passengers back to the skies as soon as they are ready to travel.”

The airline, 51 per cent owned by Richard Branson’s Virgin Group and 49 per cent by US airline Delta, has closed its base at London’s Gatwick Airport and cut more than 3,500 jobs in response to the fallout from Covid-19.

The pandemic has grounded planes and hammered demand for air travel.

Virgin Atlantic had said in a court filing in August it would run out of cash by the end of September unless the recapitalisation plan was approved.

A hearing at London’s High Court is scheduled for September 2nd to approve the plan.

“We remain confident that the plan represents the best possible outcome for Virgin Atlantic and all its creditors and believe that the court will exercise its power to sanction the restructuring plan,” said the spokeswoman.

A procedural hearing is scheduled for September 3rd in the United States so that the deal can be recognised there. – Reuters

1 How much state pension will I get next year?
2 Disposable income in Ireland rose 28% between 2012 and 2019
3 Takeda selling off its Dunboyne facility
4 Oxford Covid vaccine trials offer hope for elderly
5 Ghost newspapers and zombie brands are stalking the media
6 Housing crisis here to stay in absence of big rethink, industry warns
7 How long can Government afford to keep State pension age at 66?
8 Roll up, roll up: capitalism will drive cannabis legalisation in Ireland
9 Whistleblower warned EY of Wirecard fraud four years before collapse
10 Customers judging trustworthiness based on Covid-19 behaviour
Real news has value SUBSCRIBE