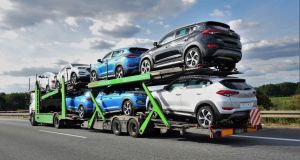 [More secondhand cars will be imported from the UK this year than new cars sold in Ireland, a study from UCD’s Michael Smurfit graduate business school and the Marketing Institute of Ireland shows.

The shift to used imports comes as new car sales in Ireland continue to decline. According to the Consumer Market Monitor, authored by Prof Mary Lambkin, used imports will climb to 105,000 this year as the new market falls to 104,000.

“The latest data represents a significant blow to the Exchequer and the motor industry as tax revenues from lower sales and dealer profit margins continue to fall,” Prof Lambkin said.

For the exchequer the concern isn’t so much whether the cars sold are new or secondhand imports, but what the value is of the cars sold. The take-in percentage terms is roughly the same, said Prof Lambkin, but the value of new cars is significantly higher.

This is a significant factor in that the tax take from the motor industry is still standing almost €600 million off the boom-time peak of €1.4 billion. In 2018, receipts from vehicle registration tax, which also encompasses VAT on new cars, totalled €820 million.

“One of the reasons for that is that while the car sales have recovered, secondhand sales have grown much faster than the new ones, so revenue per sale is getting less than they were in the good old days,” said Prof Lambkin.

Sterling weakness has been attributed as one factor contributing to the extent of secondhand car imports from the UK.

“Here we see Brexit playing out in full technicolour, but nobody seems to be talking about it,” Prof Lambkin said, noting that Brexit concern has been focused on the food industry. However, car industry veterans have been banging the Brexit drum for some time.

The Society of the Irish Motor Industry (Simi) suggested that the average tax take on a new car is about €10,000, and €5,000 on a secondhand vehicle, resulting from the value of the car being lower and no VAT being paid in Ireland.

Simi director general designate Brian Cooke suggested the dynamic in the car market would likely hit employment in the sector.

“Investments were made and employment decisions were made on the basis of a new car market in excess of 150,000. Now we’ll have the third year in a row where we’re significantly below that, and that will make investment decisions more difficult in the near future.

“We think the balance isn’t quite right at the moment. I think if new car sales are going to stay at 100,000 to 110,000, that means vehicle manufacturers will be looking at Ireland for their long-term plans.”

He added that emissions from used imports tended to be higher by about 10g because they were typically older cars.

So far this year 43,224 used passenger cars have been imported, up 2.17 per cent on the first five months of last year.