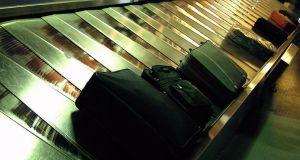 The State-backed Irish Strategic Investment Fund (ISIF) is looking at a number of opportunities in the tourism sector, but one of its representatives warned at the weekend there would be “no soft money”.

The Government established the ISIF earlier this year to absorb €7 billion from the old National Pension Reserve Fund and invest it on a commercial basis to help stimulate the economy.

Fund director Michael Lee told the fifth annual Tourism Policy Workshop at the weekend, that the organisation is “looking at a number of opportunities in the sector”.

However, Mr Lee emphasised that any such project must be commercial and that there would “no soft money”. He explained that the ISIF wants to avoid dead weight, that is developments that would have delivered benefits without the fund’s aid.

It also wants to avoid displacement, where the benefits are achieved at the expense of other domestic players. The fund, he said, has a double bottom line, investments have to deliver commercial returns and have a broader economic impact.

The types of investment it is willing to consider includes infrastructure, hotels and holiday homes, technology such as reservation and travel booking systems, and attractions such as sports facilities and theme parks.

However, he added that it was unlikely to back “Disneyland-scale” theme parks.

“Given the expense involved in developing a Disneyland, it is unlikely to be a good use of the fund’s money,” he said.

Addressing the same conference, organised by the national centre for tourism policy studies at University of Limerick, the chairman of State agency Fáilte Ireland, Michael Cawley, said aviation is critical to bringing holidaymakers here. He said that 93 per cent of tourists coming to Ireland arrived here by air.

Mr Cawley, former deputy chief executive of Ryanair and now a non-executive director of the airline, said that the cost of getting here is going to play a key role in attracting visitors.

1 Admission of mistake in Oxford vaccine dose raises doubts over reliability
2 Cliff Taylor: Deal or no deal we are now heading for a hard Brexit
3 Move to EU or face disruption, City of London is warned
4 Last orders for Rí-Rá and Globe as Central Hotel gets green light to expand
5 Irish Life fund pays €49m for 94 Dalkey apartments
6 Fiona Reddan: Who’s afraid of Revolut? Not AIB and BOI it seems
7 Karlin Lillington: How I managed to cut my mobile phone bill by at least half
8 Workers have little idea of the cost of retirement income
9 German watchdog reports EY to prosecutors over Wirecard audit
10 Lahinch Golf Club runs out of its own cash after €3m Covid-19 hit
Real news has value SUBSCRIBE