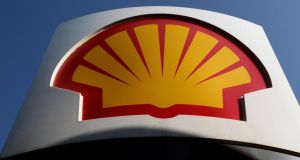 Oil reserves that Royal Dutch Shell hopes to find in the Arctic are unlikely to be brought into production before the 2030s because of the difficulty in securing environmental approvals, executives leading the exploration have said.

Marvin Odum, Shell’s head of oil and gas production in the Americas, told the Financial Times that the company’s success or failure this year and next in making a big discovery would be critical to the future of oil development in the Arctic.

Only a find of large reserves in the Chukchi Sea off northwest Alaska would justify the investment in infrastructure that would be needed, he said.

It would take a decade or two to come on stream, in part because of the regulatory scrutiny and legal challenges the development would face.

“The potential is here for this to be a world-class, absolutely key resource, with tremendous volumes,” Mr Odum said. “The size of the prize here is worth the effort. We just have to demonstrate whether or not it’s there.”

The Arctic is a significant frontier for oil and gas exploration and is becoming more accessible because of diminishing ice cover. The area off the north coast of Alaska is seen as particularly promising, holding an estimated 30 billion of the 90 billion barrels of oil that the US Geological Survey has suggested lie in the Arctic.

However, several companies, including Statoil of Norway and Chevron of the US, have been delaying or cancelling Arctic exploration plans to save money since the plunge in crude prices last summer.

Plans for Arctic drilling have also come under sustained attack from environmental campaigners, who have assailed Shell with protests and law suits. In the latest incident, two protesters attached themselves to a oil-drilling support ship near Seattle last weekend.

Shell is pressing on regardless, arguing that Arctic production can be competitive if the reserves it finds are large enough.– Copyright The Financial Times Limited 2015