Speaking at a press conference in Vienna Ryanair's chief executive Michael O'Leary has said that staff are striking "for the sake of striking". Video: Reuters 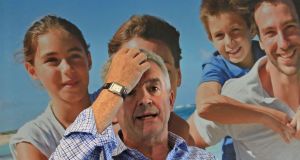 The airline cancelled thousands of flights between September 2017 and March of this year, ultimately affecting around 700,000 passengers and costing the company about €25 million.

According to Ryanair’s annual report, Mr O’Leary waived his bonus over the cancellations, reducing his pay for the 12 months ended March 31st by €950,000 to €2.31 million.

Mr O’Leary’s basic pay for the 12-period, the airline’s financial year, was €1.06 million, and he received €1.25 million worth of shares.

Problems with rostering pilots, which first emerged in September last year, forced Ryanair to cancel flights and then slow the rate at which it planned to grow through last winter.

Mr O’Leary told shareholders at the airline’s annual general meeting the last week of September 2017 that he took full responsibility for the problem.

Ryanair subsequently said that it had re-accommodated or compensated the passengers affected.