Receiver appointed to hotels in Kilmessan and Donabate 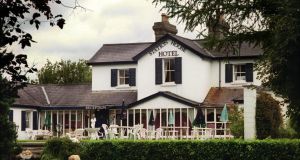 PwC said it will be “business as usual” at the The Station House Hotel (pictured) and The Waterside House Hotel, both popular wedding venues. Photograph: Brenda Fitzsimons/The Irish Times

A receiver was today appointed to the Station House Hotel, Kilmessan, Co Meath and the Waterside House Hotel, in Donabate, Co Dublin, at the request of KBC Bank.

Declan McDonald and Ken Tyrrell from PwC were appointed as joint receivers, and Choice Hotel Group has been appointed to manage the hotels.

In a statement, the receivers said it would be “business as usual” at the two hotels, and both hotels will continue to trade as normal.

“All events booked with the hotels will proceed as normal and deposits paid will be honoured. Hotel management are on hand to deal with any queries customers may have,” the receivers said.

The receivers will consider all their options, but said they will trade and manage the hotel on a going concern basis with “no immediate plans to sell it”.

6 Can the Government afford to cut inheritance tax?