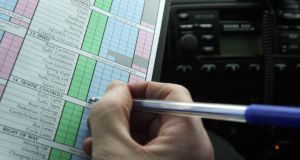 The introduction of new driver permits has contributed to a 90 per cent reduction in cheating during driving tests according to the Road Safety Authority (RSA).

The body which upholds driving test standards nationwide said one person was caught trying to sit a test booked under another driver’s name last year, down from 12 such incidents reported in 2013.

“Since the introduction of the new plastic card driving licence and learner permit, which has enhanced security features and other anti-fraud measures, there is a marked reduction in the number of cases of suspected impersonation presenting at the driving test in Ireland, ” a spokesman for the RSA told The Irish Times.

Although incidents of attempted impersonation account for a negligible proportion of over 100,000 tests sat each year, the authority says any cases of attempted fraud are treated with the utmost seriousness, and are routinely passed onto An Garda Síochána for investigation.

Section 23 of the Road Traffic Act (1968) states that anyone convicted of attempting to sit a driving test in place of another person is liable to have their license revoked, while the Criminal Justice Act provides for sentences of over five years in such cases.

New learner permits and driving licences were introduced to Ireland in 2013 as part of an EU-wide rollout. The plastic cards include holographic images in addition to the basic driver information and pictures contained on their paper predecessors.

Media reports in Britain last month revealed a large increase in the number of people allegedly employing others to sit driving tests in order to improve their chances of passing.