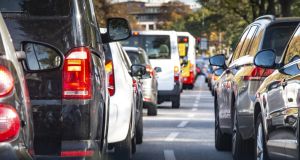 The AA survey noted that one in eight who had learned to drive within the past five years initially delayed doing so because of the cost implications.

More than a quarter of parents have helped their children by paying for a portion of their motor insurance policy, a survey of more than 5,000 people has found.

In response to the AA young driver car insurance survey, 26.6 per cent of respondents said they had to provide a “significant level” of financial assistance to one of their children to cover the cost of insurance when they were learning to drive.

A further 7.14 per cent indicated they had provided a lesser degree of financial assistance to at least one of their children.

The AA’s director of consumer affairs, Conor Faughnan, said: “Insurance costs for learner drivers have always been on the higher end of the scale, with the expectation that over the course of your entire driving career these costs would even off as you gained more experience.

“Unfortunately, in the last couple of years the cost of insurance for those on a learner’s permit has increased significantly and at a higher rate than the increases seen by the general driving population.”

The survey noted that one in eight who had learned to drive within the past five years initially delayed doing so because of the cost implications. Mr Faughnan said resolution of some of the wider issues in the industry would leave companies in a better position to carry the risk associated with learner drivers.

“Ultimately, this not only increases the risk of uninsured driving among this cohort, but can also have an impact on the ability of young people, particularly those living in rural Ireland, to find part-time work as their commuting options may be extremely limited,” Mr Faughnan added.