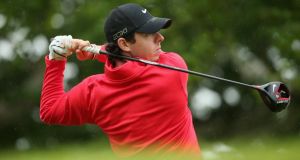 Pretax losses at the four-star hotel resort that hosted last year’s Irish Open fell 11 per cent to €1.83 million in 2012.

Accounts filed for 2012 and 2011 for Chockablock Ltd and its subsidiary that operates Carton House in Kildare show that the business recorded combined losses of €3.89 million in the two years.

Revenue up
Losses fell 11 per cent in 2012 to €1.83 million as revenue grew from €15.89 million to €16.3 million. The directors’ report for Chockablock says: “The results for the year demonstrate the growing strength of Carton House. The profit generated before interest and rents amounted to €1.35 million (€1.12m in 2011). Growth of 3 per cent in revenues and a 21 per cent improvement in profitability are very significant achievements in the current challenging economic environment.”

The resort’s sporting facilities are used by top sporting teams. The resort’s profile received a boost when Rory McIlroy and other golfers competed at the Montgomerie golf course in the Irish Open. The 1,100-acre estate includes the 165-bedroom Carton House hotel. It was developed by Paddy Kelly and the Mallaghan family, who own Carton House, as a hotel and resort.

Mr Kelly remains a director and major shareholder in Chockablock Ltd. (In 2011, Nama appointed receivers to a number of hotel firms owned by Mr Kelly.)

Accounts for 2007 to 2010 show that combined pre-tax losses in those years of €13.9 million contributed to the firm having accumulated losses of €39.56 million at the end of 2012. The firm had a shareholders’ deficit of €27.9 million. In 2011 Nama acquired the group’s bank loans and bank loans of the connected parties from participating institutions.

The report states: “The directors are in discussion with other investors to secure continuing finance for the company.”