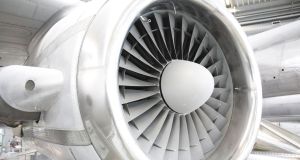 Nine new types of aircraft are due to be released this decade. Image: Thinkstock

Aircraft leasing is showing little signs of slowing in the short term, according to analysts at the International Bureau of Aviation (IBA), which has just published a review of 2015.

Phil Seymour, chief executive of the bureau, which recently opened a Dublin office, states in the review’s introduction that “operating leasing as a financial solution shows little sign of slowing in the short term”.

However, Mr Seymour suggests that with question marks over the ability of twin-aisle craft - normally used for long haul services - to keep their value, lessors themselves are likely to focus on the less risky, single-aisle craft.

“With close to 10,000 single aisle still yet to deliver and rate increases only around the corner, there shouldn’t be a shortage of opportunities,” he says.

He also points out the origin of modern leasing dates back to the 1980s and 1990s, when eight new types of aircraft came on the market.

Mr Seymour says that nine new types are due to be released this decade, a time when production rates have reached a new high.