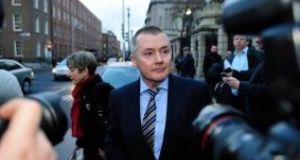 Aer Lingus owner IAG has threatened to abandon Heathrow in favour of a move to Dublin or Madrid in protest over a possible expansion of the airport.

Willie Walsh, chief executive of IAG, which also includes British Airways and Iberia, warned the group would consider moving overseas if a third runway is given the go-ahead.

The British government delayed a decision on where to build a new runway yesterday prompting angry business leaders to accuse it of putting short-term politics over the long-term national interest. The prime minister David Cameron had promised to say by the end of the year whether he backed a £17.6bn billion runway at Heathrow after a three-year independent review named the site in densely populated west London as the preferred location.

Instead Mr Cameron’s government said late on Thursday it needed more information on the environmental impact before it could sign off on an issue that has split the Conservative Party and is already 25 years in the making.

“To further delay a decision shows what we have repeatedly said - that party politics takes precedence over what is best for the economy,” he said.

Mr Walsh also warned that a new runway at Heathrow would lead to a doubling of passenger charges to pay for the extension from £40 to at least £80, a claim that has been denied by the airport.

While expressing a preference for an additional runway to be constructed at Heathrow, rather than Gatwick, Mr Walsh told a gathering at the Aviation Club in London yesterday that project costs were being inflated by the additional of a new terminal, underground link and car park.

He said IAG could develop its business through Madrid, which currently has spare capacity or via Dublin, where consideration is being given to a second runway.