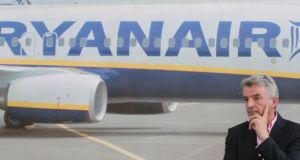 Ryanair’s quest for a less prickly image faces a test in Denmark, where a court case starting Monday will decide if it has to treat local staff according to Danish rules or the less generous standards of its home market.

Its efforts to improve public perceptions, central to its profit-boosting ambitions, have hit obstacles in the Nordic country, where unions, politicians and investors have raised objections to the working terms which underpin its discount prices.

The results have included flight disruptions, blows traded on Twitter and investors dumping its shares. The issue has even been dragged into an election campaign.

If labour unions win the case and Ryanair fails to sign a Danish collective agreement within five days, they said they will disrupt its operations. “Ryanair won’t be able to get fuel, luggage handling, food, cleaning, security and other things,” Peter Nisbeth, a lawyer for the Danish Confederation of Trade Unions, told Reuters.

Stung by criticism of poor customer relations, Ryanair has set out to improve its services and its efforts have already been rewarded. Last month it reported a 66 per cent jump in profit after tax after passenger numbers grew almost three times the targeted level.

Low costs remain an important aspect of Ryanair’s appeal but for staff, its policy of employing people in countries such as Denmark under the less generous terms of Ireland are a bone of contention.

Which is why its commencement of flights from Copenhagen, also in line with plans to increase customer satisfaction by reducing reliance on smaller regional airports, was held up protesters.

Ryanair will not disclose its employment contracts in Denmark, which unions say breaks local law. The Danish Flight Personnel Union (FPU) says a newly hired flight attendant working for Ryanair supplier Crewlink in Copenhagen gets less than half the lowest wage at Danish airline Cimber and below Danish unemployment benefits.

Additionally, the FPU says, its staff working out of Copenhagen have to pay Danish taxes, some of the highest in Europe, irrespective of whether they have a Danish collective agreement.

But it has not managed to avoid negative reactions from some investors. PensionDanmark, a pension fund managing $26 billion of savings from members of 10 Danish labour unions, a year ago sold all its Ryanair shares, worth about $7.5 million

Other pension funds including the country’s largest investor ATP have also voiced concerns over Ryanair’s labour practices and said they are considering offloading the shares.

In an email, Ryanair said: “There are plenty of buyers out there who would be only too happy to buy these shares.”

Meanwhile the Copenhagen municipality and several other Danish cities have banned staff from using Ryanair for work purposes as, they say, its labour conditions do not live up to their requirements for suppliers.

Two left-wing political parties have demanded the Danish state follow suit, dragging the issue into an election campaign ahead of a June 18th vote.

Showing it hasn’t entirely lost its feisty approach, Ryanair took the row to Twitter, posting a picture of the Copenhagen mayor imposed on a painting of Marie Antoinette with “Let them pay high fares” written next to the famous quote “Let them eat cake”, ascribed to the 18th century French queen as a sign of her indifference to the plight of common people.

The mayor, Frank Jensen, tweeted he was happy to be “a symbol of the struggle for decent conditions on the Danish labour market”.