This Week in Business: Tech giants due to report results 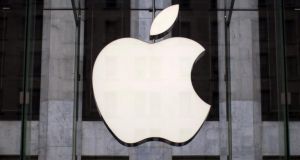 Apple is due to report results on Wednesday. Photograph: Mike Segar/Reuters

With the retail debate still alive and well and in the run-up the festive shopping season, there will be renewed interest in sales performance towards the critical end-of-year period. It begins with September, and Central Statistics Office (CSO) figures are out on Tuesday.

Things have been looking up so far in the context of Ireland’s buoyant economy. In August, the volume of sales increased by 5.7 per cent on July and by 2.1 per cent on an annual basis. When the motor trade is excluded, it was a 4.4 per cent hike on August 2018.

Back in March, sales excluding motors hit a three-year high, suggesting a relaxed consumer response to the potential Brexit meltdown in the run-up to the original deadline for the UK’s departure from the European Union.

However, that posture may begin to stiffen. Across the sea, figures for September showed an emerging caution in the behaviour of British consumers.

Even though retail spending remained the biggest driver of that economy since the Brexit referendum, things look like softening. For the third quarter, sales growth held steady at 0.6 per cent while the annual pace of expansion dropped to 3.1 per cent from 3.6 per cent in the second quarter, the weakest since late 2018.

It is not just Ryanair that is grappling with industrial relations: industrial action at Aer Lingus parent company IAG has already put a multimillion-euro dent in its earnings expectations.

The airline owner, which reports third-quarter numbers on Thursday, said last month that a spate of strikes by British Airways pilots had set it back to the tune of €137 million, sparking further disagreement with their trade union.

Balpa dismissed it as “completely disingenuous” to blame its pilots for the profit performance, saying the company could have easily avoided the action with a £5 million (€5.8 million) bump in pay negotiations. BA maintains it would have cost an extra £50 million.

IAG subsequently warned of a 6 per cent drop in annual profits.

It also said third-quarter capacity for 2019 grew by 2.8 per cent compared with 5.2 per cent planned previously.