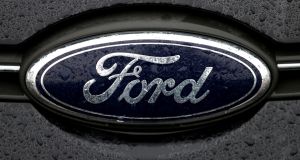 Is it the end of the road for “Mondeo man”, attributed with the New Labour’s victory in Britain?

Ford’s plan to introduce autonomous cars for ride-sharing schemes by 2021 suggests both the iconic motoring voter and the “white van man” could be facing curtains. The haulage and delivery businesses are certainly in the sights of firms developing autonomous vehicle technology.

So does this mean the dreaded driving test could also be a thing of the past within five years? Has the firm of Henry Ford answered the prayers of rural publicans struggling under stricter drink-driving enforcement?

Possibly, but Cantillon wouldn’t advise you to bin your licence just yet. As with all technology, the devil is in the detail.

Ford says its 2021 autonomous cars will be “specifically designed for commercial” services such as ride-booking and ride-sharing. Its chief technical officer Raj Nair pointed out that driverless cars for individual use would come later. “We don’t expect to see fully autonomous vehicles for personal use for several years after they are first introduced,” he explained.

The issue is the speed of technology versus the pace of marketing ambitions. Tesla has reportedly pulled back from earlier adverts in China highlighting “self-driving” features on its cars, while Mercedes-Benz was forced to withdraw an advert in the US which made too grand a claim for the new E-Class’s self-driving capabilities.

Industry experts break self-driving technology into five stages, starting with a basic driver alert system and ending with a vehicle with no pedals or steering wheel. We are somewhere in the middle at present, and the latest new cars can take full control in very limited circumstances. Yet the motorist needs to be ready to intervene. The plan is that the number of interventions required will be dramatically reduced as the software improves. The motor industry is basing a lot of its assumptions on a speedy upgrade in this software capability.

After 100 years of gradual evolution in the automotive world, we are on the cusp of a revolution. Everything from the source of power to the very ownership model is set to change radically in the next 20 years. That said, we need to have realistic expectations.

Trust is going to be critical. Currently we put our lives in the hands of the person behind the wheel. For driverless cars to be a commercial success we need to put our trust in the car firms and their software engineers. For many that still seems like a very big ask.