Quitter is an ad-free, not-for-profit alternative that runs on a volunteer basis 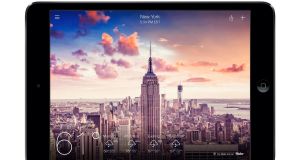 All the hoo-hah around Twitter tweaking its timeline, shortly after ditching ‘favourites’ for ‘likes’, along with its decision to censor certain content and accounts, has left some folks weary and wary of the microblogging platform.

If you’re planning on quitting Twitter perhaps you plan on tweeting via Quitter?

That’s a bit of a mouthful but Quitter is an ad-free, not-for-profit alternative that runs on a volunteer basis.

It looks very, very (very) similar to Twitter so you wouldn’t have to learn the ins and outs of a new platform.

Quitter declares that it “is not a service and you are not a customer here”.

While there is no censorship Quitter says it takes a strong stance against racism, sexism, ableism, homo- and transphobia.

Right now, it’s a bit empty, with the look and feel of the early days of Twitter.

1 Bank leaked my loan request to family who tried to rip me off
2 EU and British positions harden ahead of Brexit talks
3 Boris Johnson's new immigration regime will damage much more than industry
4 Ryanair and Aer Lingus monitor impact of coronavirus on travel to Italy
5 Ownership row over properties threatens €5.1m sale, court hears
Real news has value SUBSCRIBE