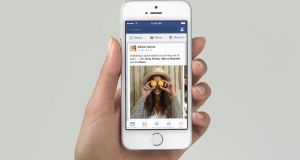 Facebook has yet again changed its news feed algorithm

In May, 2015, Facebook introduced Instant Articles, a way for publishers to inject embedded articles directly into a user’s news feed. At launch there were roughly a dozen publishers including the New York Times, BuzzFeed and NBC News. The news feed was becoming a place to promote content as much as it was for catching up with friends and family. Some publishers worried about Facebook becoming a walled garden for news and other content, taking audiences and related advertising with them; others decided to go with the flow. A year later and Facebook has yet again changed its news feed algorithm, only this time news content is being pushed back to make room for more friend updates as the feed returns to its core values, says Adam Mosseri, VP, Product Management, News Feed. These core values include “friends and family come first”. Is Facebook finally getting the balance right or should we maintain a healthy dose of scepticism?