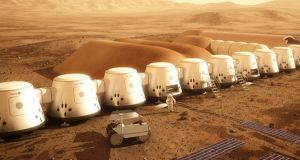 Mars One is seeking investment for its ambitious mission

Dutch company Mars One has announced a delay in plans for its first unmanned mission to Mars; the project has now been moved to 2022.

This puts a spanner in the works for original plans to establish a permanent human settlement on the Red Planet by 2032, which is the year Mars One now hopes to have put on the planet its first crew and the hardware for the second crew.

CEO Bas Lansdorp cited financial reasons for the delay, announcing the company will raise money by public share-listing: “Mars One can only implement the mission to Mars if we can afford it – and we need investments to get going.”

In the meantime, the company will next year select three to six groups of four crew members from the current 100 astronaut candidates, although Mars One states that “several crews in training will drop for various reasons”.

Current candidates may never make it to the Red Planet because the first crew does not depart until 2031.