US online retailers may get caught in tax web 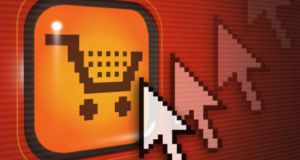 A bill currently being debated by the US Senate would compel internet sellers making over $1 million a year to pay a sales tax for every online purchase, even if the buyer and seller are in different states.

If the legislation is passed, the onus would be on the business to pay tax in the state where the product is delivered. It is a potentially tricky proposal as every state in the US sets its own sales tax and some cities and counties impose separate tariffs.

Retailers react
Until now, US companies have not had to pay for goods shipped beyond state lines, and many retailers want to keep it that way.

Most prominent among them is eBay, which this week called on about 40 million of its users to lobby their public representatives to reject the bill, known as the Marketplace Fairness Act.

eBay’s chief executive John Donahoe told his network of online sellers: “This legislation treats you and big multi-billion dollar online retailers – such as Amazon – exactly the same. Those fighting for this change refuse to acknowledge that the burden on businesses like yours is far greater than for a big national retailer.”

Despite opposition from some retailers and a few influential lobbyists, the bill has broad support among senators, having been put forward for debate by a 75 to 20 majority earlier this week.

However, to be passed into law it would also have to be accepted by the House of Congress, a notoriously difficult stumbling block for legislation that could be construed as a tax increase.

One of America’s most influential lobbyists, Grover Norquist, has been busily campaigning for the bill’s rejection, insisting it is a tax grab by “failed states”.

‘Failed states ’
He added: “Every politician has a fantasy to take money from people who don’t get to vote against them. This whole thing is to allow politicians to say, ‘we’re going to have California businesses pay tax in New York and they don’t get to vote against us’. It’s about high tax states, which are failed states, reaching into other states to collect taxes.”

There are also members of the Senate who oppose the bill. Kelly Ayotte, a Republican from New Hampshire, dubbed it the Internet Tax Collection Act.

“I come from a state that does not have sales or income tax,” she said. “Low taxes are the result of low spending and that’s how we do it.

“This act infringes on the rights of my retailers in New Hampshire and businesses that have thrived and grown over the internet, forcing them to become tax collectors for the rest of the nation.”

But the strongest retail lobbies in America are largely in support of the bill. It has long been a bone of contention for bricks and mortar stores that their online counterparts enjoy the advantage of not having to impose a sales tax on their customers.

Katherine Lugar of the Retail Industry Leaders Association said: “States have sent a bipartisan message to Washington that it’s time to end special treatment for online-only retailers and close the sales tax loophole. This legislation offers the right balance of protection for small online startups, while giving all retailers the opportunity to compete on a level playing field.”

She pointed out that only businesses with out-of-state sales over $1 million will have to comply with the new rules, giving small up and coming outlets a chance to develop without the burden of taxation.

In the Senate the bill has bipartisan support and influential Republican governors have offered their backing. Party heavyweights like Chris Christie of New Jersey, Mitch Daniels of Indiana and Rick Snyder of Michigan have endorsed the bill, making it more likely that tax skeptics in the House of Congress could be convinced to go against Grover Norquist

Political support
Part of the reason for this political support is that the National Conference of State Legislatures estimates that states could have collected an extra $23.3 billion in online sales tax revenue in 2012, money that would go a long way to solving the headaches faced by state governors struggling to balance the books.

Following Monday’s vote to allow the bill to be debated, it is now up to the Senate to decide which parts of the legislation they propose to enact. The bill has the support of the White House but Congress will likely decide its fate.