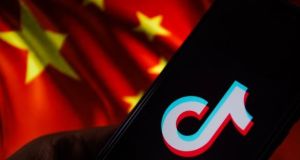 The parent company of TikTok, a Chinese-owned video-sharing app that has amassed over one billion monthly users in just three years, is reportedly looking to set up a global headquarters outside of China, with Dublin a possible location.

A report in the Wall Street Journal reveals Dublin is on parent ByteDance’s shortlist for a new HQ along with Singapore and London. The news comes as the company looks to establish itself more fully in Europe and the US to reach a wider audience and amid security concerns.

The US navy last week banned TikTok from government-issued mobile devices, saying it represents a cybersecurity threat. The ban coincides with a national security review by the US government of ByteDance’s $1 billion acquisition of Musical.ly in November. Musical.ly was merged with TikTok following completion of the deal last year.

An Irish subsidiary, TikTok Technology Ltd, was established late last year. TikTok and its parent are between them currently hiring for eight roles in Dublin, including for data analysts and trust and safety specialists.

The Wall Street Journal said Beijing-based ByteDance – it is valued at $75 billion – is keen to establish headquarters outside of China as it would also bring it closer to growing markets in the US and Europe.

TikTok has been installed nearly 1.5 billion times since launching in 2017. Global downloads for the app surpassed Instagram and Snapchat this year, according to mobile-data aggregator App Annie. It had 665 million smartphone monthly active users globally in October, up 80 per on the prior year.

The app is largely seen as a home for dance videos and lip-syncing. However, a whistleblower with inside knowledge of the company recently claimed it censors political content that the Chinese government disapproves of. TikTok has denied this, as well as claims it shares user data with authorities in Beijing.