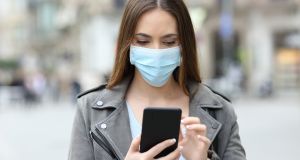 The Republic was the best performing European market for mobile phone operator Three in the first half of the year.

Three Ireland outperformed the group’s units in Europe to post a rise in Ebitda (earnings before interest, tax depreciation and amortisation – a standard financial earnings metric) of almost 8 per cent, according to results disclosed to investors by its parent, Hong Kong conglomerate CK Hutchison, on Thursday.

This compared to a fall in earnings of 25 per cent for the group in the UK, a 7 per cent decline in Italy and rises in Austria, Sweden and Denmark of 5 per cent, 6 per cent and 4 per cent respectively.

Although Three Ireland recorded virtually flat revenues of €294 million for the first six months of the year, its widening customer base made up for a decline in average revenues per head.

The company also increased its Irish earnings on the back of cost cutting and higher margins picked up from deals with other mobile operators that piggyback on its network to sell repackaged services. Virgin Mobile, Tesco Mobile and Lycamobile are among those to use Three’s network.

Its earnings jumped to €106 million from €98 million for the same period last year, even as its revenues fell by 1 per cent. CK Hutchison said this was “mainly” due to higher margins on its MVNO deals.

Three Ireland spent a further €72 million on its network over the six months to the end of June. And it says average data traffic rose by 54 per cent as customers seek out increasingly content-rich services, such as games and music.

The network says it picked up an additional 100,000 customers over the six months to bring the total to almost 2.4 million. But average spend per head fell by 5 per cent to €18.66 per month, comprising an average €20.60 for monthly bill-pay customers and €15.31 for pay-as-you-go customers.

Meanwhile, the acquisitive CK Hutchison group suggested it will pull its horns in for a while to conserve cash. The Hong Kong conglomerate is battling several crises at once, including the virus pandemic, political strife in its home state and geopolitical concerns due to the schism between the US and China, which recently extended its influence over Hong Kong with additional laws.

After a 29 per cent fall in group net profits to 13 billion Hong Kong dollars (€1.4 billion), chairman Victor Li, son of the group’s 92-year old founder, Li Ka Shing, said it would conserve cash to cope with “unexpected surprises” and to build up a “war chest” for future acquisitions.

The group founded by the billionaire, known in his home country as “Superman”, has interests in telecoms, ports, retail and infrastructure across the globe.

1 Air travel never going ‘back to way it was’
2 Should I switch bank now with Ulster Bank at risk of closing?
3 Bank of Ireland sees more than 1,400 staff apply for redundancy
4 BoI redundancies, ‘tax war’ warning for Ireland, and retailers in rent arrears
5 Coronavirus vaccine: 15 billion doses needed to inoculate the planet
Real news has value SUBSCRIBE