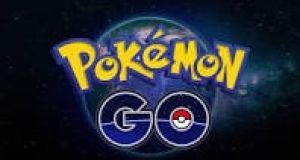 Pokemon Go is an augmented reality game that send you out into the real world armed with nothing but your smartphone to capture Pokemon. It’s like a virtual treasure hunt. And it’s taken the world by storm.

So what exactly is it?

Pokemon Go is an augmented reality game that send you out into the real world armed with nothing but your smartphone to capture Pokemon. It’s like a virtual treasure hunt. And it’s taken the world by storm.

Pokemon? Isn’t that a kids thing?

No. Pokemon may target kids, and that cartoon was definitely aimed more at the younger audience, but most Pokemon titles are considered to have broad appeal. That includes players older than 13. There’s even a senior section in the Pokemon World Championships.

However, there is a high chance that the Pokemon trainer that beats you soundly in that gym battle is an eight-year-old. So there’s that to weigh up.

You download the Pokemon Go app, load it up and have a look around the map for Pokemon creatures or items that you can pick up to help on your quest to become a great Pokemon trainer. The creatures appear in your everyday surroundings, which can be both funny and confusing at times.

It sounds...interesting. And possibly a bit of a hazard.

It is. The game warns you to keep an eye on your surroundings, but it’s very easy to forget where you are. Ask the man who captured a Pokemon while he was in hospital with his wife, who was in labour.

There’s a whole forum on Reddit dedicated to Pokemon Go stories that include tales of ending up in the hospital after falling into a ditch playing the game, accidentally pointing their cameraphone at couples in cars, and getting followed by police wondering exactly what people are up to.

It’s not all fun and game and tales of near misses. There’s the armed gang in the US that used the game to target potential victims in remote areas, and a girl on the hunt for water Pokemon came across a dead body instead.

Brilliant. How do I get it?

Officially, Irish players can’t right now. The game has been rolled out to players in the US, Australia and New Zealand, and plans to make it more widely available have been put on hold as the game proves slightly more popular than anticipated. Think lots of server outages that make playing it a bit of a hit and miss affair.

There are workarounds - downloading the game from a third party site for Android, although that comes with its own security risks, and having a US iTunes account for iOS - but for now, we’ll have to wait.

So does it even work here?

Yes. There are plenty of Pokemon hiding in the streets of Dublin, and there are Pokestops - where you can pick up items such as Pokeballs to capture your creatures - and Gyms to do battle in all over the place.

Anything else I should know?

Yes. It’s addictive. So if you’re the type of person who needed an intervention to separate you from Candy Crush, you should probably stay away fromPokemon Go. You’ll find yourself hanging around outside gym locations at odd hours trying to take it back, or almost missing your bus to work because you’ve spotted a pikachu in the vicinity. You have been warned.