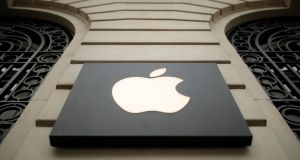 Apple got permission for the Athenry project in 2016. Photograph: Reuters

The Supreme Court has dismissed an appeal by two local residents over An Bord Pleanála’s approval for the first phase of an €850 million Apple data centre in Athenry, Co Galway. Apple has since abandoned the project.

Despite Apple’s decision not to proceed with the data centre, the five-judge court agreed to decide the appeal because of its implications for the board’s consideration of other data centre developments.

In its judgment, the court noted, a board inspector believed that because there is no national planning policy for very high energy-consuming projects such as data centres, the board faced difficulty in reaching any future decision on whether any data centre development was “not acceptable in principle” because of its impact on climate change.

The appeal was brought by Sinéad Fitzpatrick, who lives close to the planned development, and Allan Daly, of Athenry, over the High Court’s dismissal of their challenge concerning how the board dealt with the company’s proposal.

It was opposed by the board and State.

The case was initiated after Apple got planning permission from the board on August 11th, 2016, for a development of one data hall and associated grid connection at Athenry.

The core issue concerned the extent to which the environmental impact of the balance of the Apple “masterplan” for eight data halls had to be assessed as part of the board’s obligation to carry out an Environmental Impact Assessment (EIA).

Giving the court’s unanimous judgment on Thursday, Ms Justice Mary Finlay Geoghegan ruled the board was not obliged to carry out a full EIA on the entire masterplan before deciding Apple’s single data hall application.

She considered the board’s inspector, when carrying out the environmental assessment of the proposed development, took account, “as far as was practically possible”, of the proposed build-out of a further seven data halls and the potential impact of such builds on energy uses and climate change.

The inspector identified the potential impacts, which he considered “significant”, and potential changes over time which might be relevant to a precise impact of any application for permission to build additional data halls, she said.

The inspector pointed out these would have to be assessed in accordance with then applicable energy policies and energy usage and having regard to the overall position of renewable energy at a future date.

He had also considered whether, in relation to the impact of such a project on climate change, it could be said to be a form of development “not acceptable in principle”. Without a national policy concerning very high energy-consuming projects such as data centres, he believed it would be difficult for the board to reach such a decision.

She ruled the board had conducted a valid EIA, in accordance with the EIA directive as implemented here.

The EIA took account, “as far as practically possible”, of the proposed build-out of a further seven data halls and, in particular, the potential impact of such builds on energy uses and climate change, she said.

The board was not obliged to carry out an EIA of the entire masterplan before deciding Apple’s application for the one hall, she ruled.

Its obligation under the EIA directive, as implemented by the Planning and Development Act and relevant regulations, was to carry out an EIA of the development for which permission was sought.

In carrying out that assessment, it had to take account, “as far as practically possible”, of potential later phases of the masterplan. Through adopting the reports of its inspector, the board had complied with that obligation, she ruled.

It was not necessary to refer any issues for determination by the Court of Justice of the EU before reaching a final decision to dismiss this appeal, she also held.

The court made a provisional direction that each side pay their own costs subject to the residents deciding to apply for costs against the board. Any such application will be decided later.

1 Irish company to test vaccines on volunteers deliberately infected with Covid-19
2 Air travel never going ‘back to way it was’
3 Bank of Ireland sees more than 1,400 staff apply for redundancy
4 Should I switch bank now with Ulster Bank at risk of closing?
5 Eir takes on extra staff as ComReg chases it on complaints
Real news has value SUBSCRIBE