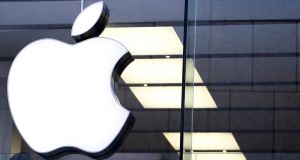 Apple featured Castro as a “New App We Love” in stores in 100 countries. Photograph: Michaela Rehle/Reuters

As podcasts increasingly become a mainstream alternative to traditional radio broadcasting, an independent Irish app design firm has attempted to rethink how podcasting apps operate in order to allow listeners to follow more shows and listen to one-off episodes.

Supertop, run by Pádraig Ó Cinnéide and Oisín Prendiville, has followed up the success of its acclaimed iOS podcast app Castro with a redesigned and reimagined follow-up, Castro 2, released last week on the iTunes App Store.

On release, Apple featured Castro in the “New Apps We Love” section of the store in 100 countries, and the app also occupied a coveted banner position on the iTunes news section.

The result of two years’ work, Castro 2 introduces what Ó Cinnéide and Prendiville describe as an “inbox triage system” to manage the volume of podcasts that listeners have to deal with. Earlier podcast apps force users to subscribe to a number of podcast feeds. For users who subscribe to more than a few podcasts, this can lead to an unwieldy number of new episodes to deal with every week.

Castro 2 introduces an inbox that lists newly published episodes, where users can review the descriptions and choose what they want to download and listen to.

In addition, Castro 2 facilitates sharing of episodes and listening to single podcasts without subscribing to a feed, a feature that is lacking in most traditional podcast players.

Supertop describes the advantages of the “triage system” as being “designed to help you track a broad range of shows and pick out the episodes that appeal to you. Subscribing to a podcast doesn’t have to be a commitment to listen to every episode.”

Supertop faces stiff competition from Apple’s native Podcast app and free rival offerings such as Overcast, and at €4.99 with no in-app purchases, the app is very much positioned to appeal to dedicated podcast listeners who appreciate the thoughtful design aesthetic and can benefit from the triage features.

“We were really happy with how the app was received, but paid apps are a very challenging business these days, so we’ve still got a lot of work ahead of us to keep it going,” said Mr Ó Cinnéide.

In the Irish iTunes App Store, searches for Castro return a litany of casino games, but a search for Supertop returns the app. Ó Cinnéide and Prendiville are unclear as to why the Irish App Store alone suffers from this problem.

The developers also make iOS RSS reader Unread, with a similar emphasis on thoughtful design, and Tokens, a a developer tool for Mac.

The podcast ecosystem, fuelled by breakout hits such as Serial, has experienced an influx of investment and media interest in recent years. In June, US media company EW Scripps acquired popular podcasting service Stitcher for $4.5 million (€4 million) to bolster its existing podcasting advertising platform, Midroll.

1 ‘My rent here is so low it’s a joke’
2 This charming man: how Paschal Donohoe won the Eurogroup presidency
3 Goodbody’s planned €155m sale to Bank of China falls through
4 ‘Sad day’ for House of Ireland as tourism retailer goes out of business
5 Business ‘will not survive’ on essential-only travel - task force
Real news has value SUBSCRIBE