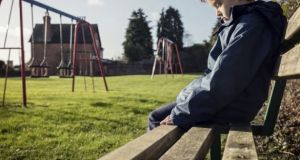 Last year a total of 389,548 vetting applications were received by the Garda from people looking to work with children or vulnerable people

An IT software system deployed by the Garda last year to speed up the vetting of people wanting to work with children or vulnerable people has won a major award.

The Garda eVetting project, which has slashed the vetting process from nine weeks to just five days, took home the top prize in the Ireland eGovernment Awards.

The awards, now in their 16th year, recognise advances made in the use of digital technology by the public sector in Ireland.

The judges deemed the eVetting project to be the overall winner at the awards due to the positive impact it has had both for the Garda as well as for citizens looking to be vetted.

Prior to the launch of the system last April, the vetting process was a lengthy paper-based process, with applications taking up to nine weeks to decide. In the first quarter of 2017, however, 96 per cent of applications were received online, with the majority of decisions within five working days.

Last year a total of 389,548 vetting applications were received by the Garda.

Some 85 per cent of registered organisations have already transitioned to eVetting in its first year.

The eVetting system provides real-time tracking of applications for organisations, while for the Garda it has significantly reduced the data entry requirements and rekeying of information between internal systems.