Smartwatches the next big thing for technology giants

Wearable technology may not be a new concept, but the appetite for such devices is certainly growing 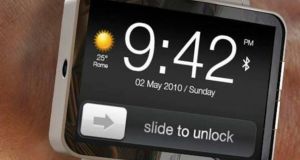 From health and sleep monitors to smartwatches, miniature wearable technology looks set to be a lucrative market for manufacturers. According to Credit Suisse, wearable devices could be a $50 billion market by 2017. Now the mobile makers are seriously turning their attention to the wearable technology.

The appeal is clear: the smartwatch could take over some of the functions that are currently fall to the smartphone, but in a less bulky, more portable form.

With smartphones gradually getting bigger – the five-inch screen is a more common sight these days – the appeal of the compact smartwatch may be about to increase for consumers.

Samsung is set to be first out of the gate with the next generation of smartwatches, with its Galaxy Gear. After weeks of rumours and leaks, the Korean company announced the new watch ahead of the IFA exhibition in Berlin yesterday.

The technical details of the watch were leaked in advance of the launch, meaning that consumers already had a good idea of what was coming long before Samsung executives decided to reveal all.

The new device can make calls, send and receive emails and play games, connecting to the user’s smartphone over Bluetooth.

The Gear is aimed at “trendsetters”, with Samsung hoping that it will start a new trend among consumers.

“The Gear won’t have a flexible display,” Lee Young-hee, executive vice president ofSamsung’s mobile business, said in the Korea Times ahead of the launch.

“The new device will enhance and enrich the current smart mobile experience in many ways. It will lead a new trend in smart mobile communications. We are confident that the Gear will add meaningful momentum to the mobile industry.”

However before it even launched, there were predictions that the Galaxy Gear would not be a game-changer for the sector, and would be more of a fashion accessory.

That would leave the way open for Samsung’s biggest rival, Apple, to come up with something with a little more “wow” factor.

If the rumours are to be believed, that competition may come sooner rather than later. Apple is said to be readying the announcement of its own smartwatch at an event next week(see panel). The rumours of the iWatch have reached fever pitch lately, despite speculation that the launch of such a device would be delayed until next year due to design issues.

Everything from bendable displays to projectors have been suggested as possible features for the watch.

For the moment, all that is really known for certain is that Apple is interested in wearable computing. Chief executive Tim Cook has previously referred to the sector as “profoundly interesting”, while reports in recent months claimed that Apple had increased its design team working on the product to more than 100 people.

Depending on when the devices will hit the market, the old rivals could go head to head once more in the wearable technology market as they try to win over consumers with their miniature devices.

But neither Samsung nor Apple are the first to market with a smartwatch by any stretch of the imagination. Sony is on the second generation of its smartwatch, the Sony Smart, with an update also to be announced at IFA.

Motorola’s MotoActv smartwatch, now discontinued, focused more on the fitness side of the market, with a built-in accelerometer to measure strides, GPS to measure distance and the ability to link up with speed/cadence bike sensors and via ANT+ technology.

Samsung itself even tried a watch/ phone crossover in the late 1990s.

However, despite plenty of effort, smartwatches have essentially remained a niche device. That is expected to change with the launch of the latest generation.

Apple could ship as many as 63 million in 12 months, reports claimed earlier this week, as local reports indicated two Taiwan companies had won contracts to supply the device in 2014.

The tech giant has already taken a step into wearable computing with Google Glass, eyewear that allow users to check email and get online.

If the gossip mill is to be believed, there could also be a bit of resistance to Samsung’s attempt to march to the top from Microsoft. Although the company has failed to impress of late, it is said to be working on a smartwatch of its own.

However, it remains just a rumour at present, with little concrete evidence that Microsoft is considering dipping its toe in theis partiucular pool.

The sector is certain to see more activity in the coming months as interest in the devices from both consumers and manufacturers rises.

Apple to unveil smartwatch next week
Apple is expected to unveil a new smartwatch alongside an updated iPhone and iPad at an event on Tuesday. Here are some of the features that might make it – along with a few that might not.

95% likely: The iWatch will run iOS, or a modified version of it. It remains to be seen if it will be iOS 7. Design will also be one of the top priorities.

The iWatch has been in development for some time and, with the company fending off accusations that it is not as innovative as it once was, Apple and its design chief Jonathan Ive will be keen to dispel the rumours that it has lost its edge.

They will also be keen to avoid the spectre of a bulky device that will fail to live up to the company’s design standards.

Apple has teamed up in recent years with watch designers, so expect something good.

We’re pretty sure it will also tell the time.

75% likely: Biometric technology will be used to turn the device into a health and fitness device, reading heart rate, calorific burn and so on.

Apple has shown some interest in Nike’s Fuel Band and similar devices in the past.

50% likely: Speculation that the iWatch will have a flexible or curved display has persisted over the past few months. This could go either way.

20% likely: Built-in projector. The ability to project the screen on to a nearby surface is something that has been used in certain smartphones but is likely to make the watch bulky – at odds with Apple’s design ethos.

5% likely: The iWatch will work with smartphones running both iOS and Android. An unlikely one, given the iOS rumours and that Samsung’s Galaxy Gear will only work with Android devices.

1 Irish people like nothing more than being bribed with their own money
2 Being in Nama regarded as stigma in UK, O’Flynn tells court
3 Election adds to headaches for AIB boss Colin Hunt
4 The Irish economy is thriving but if you’re not feeling it – here’s why
5 Climate apathy in Northern Ireland could impact on the Republic
Real news has value SUBSCRIBE