We have put sensors on 40 bikes in Dublin and right now they are feeding back to us data about pollution, traffic congestion, you name it, says PCH boss 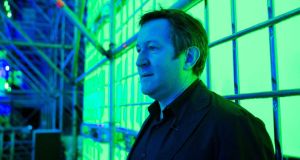 Liam Casey, founder of $1 billion turnover PCH, has predicted that a smart city sensor project demonstrated at the Dublin Web Summit could be rolled out in cities around the world.

Mr Casey said PCH has invested in the project along with the Tyndall National Institute, TSSG Waterford, the National College of Art and Design and Vodafone Ireland.

“It is a phenomenal project,” Mr Casey said. “We have put sensors on 40 bikes in Dublin and right now they are feeding back to us data about pollution, traffic congestion, you name it.”

“This has so many applications and it’s coming from Ireland. I can see it being big in Chinese cities but why stop there? Every city needs this,” he added.

Dr Kieran Drain, chief executive of Tyndall, said: “This is the smart city. The sensors we are trialling in Dublin today are small, but we’ll get them even smaller and lighter. Knowing about air quality and traffic all over the city can help cities plan better.”

He also said the trials called the CitySense Project had lots of implications for individuals. “If you have bad asthma it can tell you whether you should go out. If you want to go to work quickly it can tell you what the traffic is like in real time,” Dr Drain added.

Mr Casey said he had visited the Tyndall National Institute many times and wanted to introduce its research to start-ups going through PCH’s accelerator in San Francisco called Highway1. “Tyndall has so many idea we can help be commercialised,” he said. “We want our entrepreneurs to tap into the phenomenal things they are doing.”

Mr Casey also high-highlighted a “smart glove” that Tyndall has developed that is packed full of sensors and has applications from video games to helping surgeons practice complicated operations. “When I see the smart glove I just think Oculus Rift [the virtual reality headset owned by Facebook],” he said. “This kind of technology will be huge.”