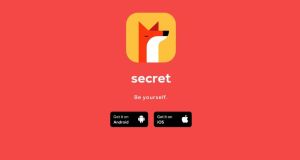 Usage of the app had been in decline

Last summer, employees at the startup Secret gathered in their new offices in downtown San Francisco, waiting for the founders to address the company. Secret had recently raised $25 million (€22.5m) to work on its smartphone app, which lets users anonymously share information with groups of friends and connections.

But the news had broken that David Byttow and Chrys Bader, the founders of Secret, had sold part of their stake in the company for $6 million and that Byttow later bought a Ferrari. The founders did not initially tell the employees about the sale; instead, some of them found out on Secret.

Although Byttow and Bader reassured workers at the meeting that they were dedicated to the company, it was a turning point, said people close to Secret, who spoke on condition of anonymity. It shook the confidence of some workers, they said: If the founders had taken money off the table, it could mean they were protecting themselves against Secret’s failing.

On Tuesday, that course of events played out. After use of the app declined for months, Byttow told employees that the company was closing and handed out severance packages, the people close to the matter said.

“After a lot of thought and consultation with our board, I’ve decided to shut down Secret,” Byttow wrote in an online post Wednesday shortly after BuzzFeed reported that the startup would close. He said he would wind down Secret over the next few weeks and would return money to investors.

“I believe in failing fast in order to go on and make only new and different mistakes,” he said.

Secret’s trajectory illustrates the flash-in-the-pan nature of Silicon Valley’s current technology boom. Even as a handful of startups rise to stratospheric valuations and take in billions of dollars in financing, other privately held companies cannot sustain their following.

Fab. com, a onetime e-commerce darling, was once valued at more than $1 billion and had raised more than $150 million before ending up in a fire sale this year, when it was bought for about $15 million. Other startups are dealing with a cooling-off process as big companies muscle in on their turf.

Meerkat, a live-streaming video app that gained great traction early this year, is now grappling with the entrance of Twitter and its Periscope live-video app, for example.

Yet even by Silicon Valley standards, Secret’s arc from next big thing to yesterday’s news was breathtakingly fast. The app was started 16 months ago by Byttow and Bader, one of a group of anonymous-sharing apps that includes Whisper and Yik Yak. Byttow had previously worked at Google building social networking products, and at other hot startups, such as the mobile payments company Square.

Within weeks, Silicon Valley was abuzz about Secret. The venture capitalist Marc Andreessen sent several Twitter messages at the time that appeared to attack the gossip and rumours circulating on apps like Secret. At the same time, other investors were rushing to buy into Secret. In March 2014, the company raised $8.6 million from venture capital firms such as Kleiner, Perkins, Caufield & Byers and celebrities including Ashton Kutcher.

Part of the reason the app had momentum was that it focused on issues of anonymity and identity, themes that many in Silicon Valley imagined would be part of the next wave of social networking apps after Facebook and Twitter. Alexis Ohanian, a founder of Reddit who invested in Secret, said at the time that it showed signs of being a contender for the future of social networking beyond Facebook.

“Apps like Secret become an outlet for people to speak honestly about things that would otherwise result in career damage,” Ohanian said.

He did not respond to a request for comment Wednesday.

“They raised a lot of money and had a good reaction initially,” said Brian Blau an analyst at Gartner, a research company. “But how do you build viral growth when the community is anonymous?”

Byttow tried to stoke enthusiasm for Secret. In a post in March 2014, he wrote that 75 per cent of users with more than five friends came back every day.

“Our vision is to create a world flowing with authenticity,” he wrote.

“Being more open with each other brings us closer together, builds understanding and ultimately makes the world a better place.”

Interest was so great that Secret’s co-founders had private discussions with Chris Cox, vice president of product at Facebook, about anonymity and identity, according to two people with knowledge of the meeting. Facebook declined to comment.

Still, Secret was controversial. For many, it was a morass of vitriol and catty comments, a playground for anonymous cyberbullies to take potshots at others. Secret scrambled to hire community moderators to control the negative posts. People inside Secret said it was not prepared to deal with the flood of negative posts.

More money flowed in. Secret raised $25 million from Index Ventures, Redpoint Ventures and others in July, giving it a valuation of more than $100 million. To broaden the app’s appeal, the startup released a new version that would let people sign up for Secret and find friends using their Facebook credentials, instead of using the contacts in someone’s address book. The company added other features, including an ability to more easily browse topics in the app.

Even so, use appeared to decline, according to App Annie, an analytics firm. In August, a Brazilian court ordered Apple and Google to remove the app from their app stores in the country over concerns that it promoted cyberbullying.

Many close watchers of Secret have seen the writing on the wall for some time. In the past six months, nearly all of Secret’s top engineering employees have gone to other companies, including Uber, Airbnb and Twitter. In December, Secret redesigned its app to look much like Yik Yak, a competitor, in hopes of attracting more users. It did not work, and use declined further, two people with knowledge of the figures said. Subsequently, Bader left Secret over differences about what it should become.

Closing Secret “has been the hardest decision of my life and one that saddens me deeply,” Byttow wrote on Wednesday. “Unfortunately, Secret does not represent the vision I had when starting the company, so I believe it’s the right decision for myself, our investors and our team.”

Byttow’s once-prized red Ferrari is also gone, a person with knowledge of the matter said.