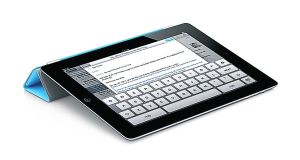 “Older generations often forget that the computer skills we had to learn as adults are practically innate in a generation that could use an iPad before it could talk.”

Ireland is now the second-largest software exporter in the world; but how long can we stay competitive on the world stage? Each year, the Leaving Certificate results provide an opportune moment to reflect on the Irish education system.

We have no shortage of computer science or programming courses at our third-level institutions. Rather, we have a problem with the number of students dropping out of them. One of our education system’s biggest challenges is that it does not adequately prepare aspiring undergraduates for technical study, particularly in computer science.

As a result, many university students feel overwhelmed by the complexity of the subjects they want to learn. According to Higher Education Authority data from 2014, 16 per cent of all college students dropped out of their first year, most of them from Stem (science, technology, engineering and mathematics) courses.

While the Government has made positive steps towards improving Stem education with Project Maths and the introduction of a programming module to the junior cycle, for university students to really excel in basic computing and new disruptive tech skills such as cloud and data analytics, the groundwork must be laid at primary and secondary level.

Computer science must exist in the Irish education system as a stand-alone examined subject, rather than as a module included in another subject, such as applied maths, or as a once-off novelty. In this regard we have been long overtaken. In the UK, computer science is taught and examined as a GCSE and A-level subject. In Finland, starting this autumn, programming will be mandatory for all primary pupils. Many other countries in Europe and across the world already have similar courses established in primary and secondary curriculums.

Even those pupils who struggle with numbers and formulae would benefit hugely from a reformed IT curriculum, or deeper integration of computers and technology into existing subjects such as science, art and business.

Older generations often forget that the computer skills we had to learn as adults are practically innate in a generation that could use an iPad before it could talk. We need to build challenging IT modules that go far beyond basic word processing and spreadsheets, and instead focus on valued, real-world skills such as web design, multimedia production and digital entrepreneurship.

Ireland is in the midst a skills shortage, and a paucity of technical knowledge among Irish young people will harm the economy in the long term. While progress is being made, this drought has been ongoing for number of years and is a gripe for both multinationals and indigenous companies expanding their operations. Many look abroad for foreign talent to plug the gaps they cannot fill here.

Government action is just one aspect of the solution. Businesses and organisations must continue their awareness campaigns and aid schools in the development of coding camps and courses.

CoderDojo, a global movement of volunteer-led programming clubs for children, leads regular, accessible programming sessions in hundreds of locations across the country.

The EMC VEX programme, open to primary and secondary pupils, teaches children practical Stem skills at school, including basic programming, as they construct a robot to complete a variety of tasks.

Ireland is entering a period of historic opportunity. With the economic fallout of Brexit, and the potential migration of tech companies to Ireland, we will need a continuous supply of Irish talent if we wish to lure in companies looking for a more stable home. Data scientists, software developers and computer scientists are the jobs of the future. Let’s make sure our young people have the skills to do them.

1 FBD changes wording of insurance policies as fight over virus payouts plays out
2 Michael O’Leary is the boss you want to lead an airline out of crisis
3 Should I switch bank now with Ulster Bank at risk of closing?
4 In this strangest of recessions, what happens next for Ireland?
5 Boohoo report highlights issues on pay and conditions in digital economy
Real news has value SUBSCRIBE