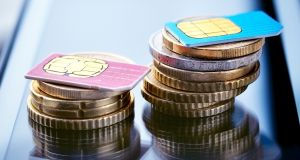 D-day for roaming charges is in sight. From June 15th, 2017, the extra charges travellers incur for using their phone while on holiday or travelling in another European Union country will be no more.

It has been almost 10 years of work to get to this point. European authorities have been gradually cutting back on the the amount networks can charge for roaming services in the past few years, imposing caps on call and data charges to ensure that consumers aren’t getting nasty surprises when they return.

When June 2017 rolled around, the grand vision was that we would be able to use our phones throughout the EU without incurring extra fees for making calls. Liberation at last, it might seem.

The legislation governing the abolition of charges was voted through last October. At the time, former competition commissioner Viviane Reding said the “tireless fight” against roaming was finally over, describing it as “ a victory for consumers and a stepping stone towards a truly European digital single market”.

It may have come as a surprise, then, when the commission published its vision of how this complete removal would work from next June. The draft proposals contained something interesting: a “fair usage” policy that seemed, well, a little unfair.

The notion of a fair use policy in the abolition of roaming charges itself is nothing new. Consumer groups had flagged it as a potential problem for some time. It was the scale of the “fair use” policy that seemed to take people by surprise.

Under the terms of this policy, consumers would only have 90 days of free roaming per year, instead of completely abolishing charges, and they would have to connect to their home network once a month to continue to avail of free roaming.

The measures, the European Commission said, were to stop customers from “abusing” the system and getting a sim card for a mobile phone network that was the cheapest in Europe, but living and working in another; in other words permanently roaming.

The problem with “fair use” policies, though, is that they aren’t always as fair as the name suggests. The commission calculated the average European Union citizen travelled outside their home country for 12 days, which meant the 90 day limit should suit most people, but frequent travellers would find themselves out of pocket, which was surely contrary to the original spirit of the plans.

The outrage was swift. The commission was, the criticism went, appeasing the telecoms networks, who are facing a loss of revenue as a result of the proposals.

It was yet another body blow for an entity that is already facing accusations of being out of touch with the people it is supposed to represent.

Commission president Jean Claude Juncker reacted quickly to the outcry, tearing up the proposals and promising new ones would be forthcoming. The damage, however, may already be done. The commission has shot itself in the foot again.

It also comes at a time when the European Union is attempting to create a digital single market. It has been a goal for some time to create a borderless market for digital goods and services that would benefit the technology industry in the EU.

Taken at its most basic, one of the benefits in the European Union is supposed to be the single market, with free movement of goods and services.

The European Commission’s own website describes its plans for the single market thus: “It’s time to make the EU’s single market fit for the digital age – tearing down regulatory walls and moving from 28 national markets to a single one.”

The previously proposed “fair use” limits for mobile users seem to run contrary to that. In this context, the notion that people would be abusing the system by permanently roaming is also curious. Surely that was the very definition of free movement of services?

The EU needs to make up its mind on whether it wants to hold fast to its idea of a single market that all citizens can access regardless of location, or if it wants to offer some protection to the incumbents.

On Wednesday afternoon, the commission revealed more details of its plan for the digital single market, described as an “ambitious overhaul” of EU telecoms rules. It includes, among other things, access to at least 100Mbps broadband for all European households, including rural homes; and uninterrupted 5G coverage in all urban areas, major roads and railways, with 5G commercially available in at least one city in each member state by 2020. That is going to require massive investment in a sector that may not be all that keen to pump more money into networks without seeing some sort of return.

The plans may find some opposition in those quarters.

The EU may have big plans when it comes to creating the digital single market. However, the lingering memory of an attempt to impose limitations on one of the EU’s most well-known victories over industry interests is probably not the best start.