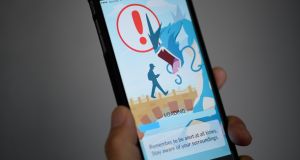 The maker of Pokémon Go has moved to dispel privacy fears over the game amid concerns over the data it could access on Google accounts used to sign up to play.

The augmented reality game has become a worldwide hit in the week since it launched, but it has also raised questions about the amount of data it accesses.

Niantic said the request for full access on iOS devices was a mistake, and it was working on a fix for the problem.

According to the company, the game only accesses your basic profile information - your user ID and email address - and denied any other information had been collected.

“Google has verified that no other information has been received or accessed by Pokémon GO or Niantic,” the company said in a statement. “Google will soon reduce Pokémon GO’s permission to only the basic profile data that Pokémon Go needs, and users do not need to take any actions themselves.”

But it’s not the only concern that has surfaced. The game requires access to certain data on your smartphone such as your location, and stories have emerged in recent days of armed thieves using the game to lure victims to remote spots.