Reduction due to less reliance on factory level engineering services 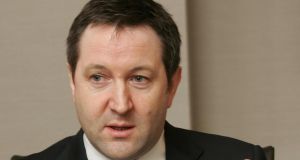 Liam Casey founder and chief executive of PCH. Mr Casey said he expected the redundancy process to be completed within six weeks, noting there was a buoyant jobs market in Shenzhen where PCH has its China operations.

Irish headquartered PCH is to cut 250 jobs in China, but will continue to grow its US business, the company has confirmed.

The company is seeking voluntary redundancies from its operations in China as it is realigning its business there in a bid to remain competitive.

The move comes as developments within its business reduce the need for the factory level engineering services it previously provided in China.

PCH has invested in engineering facilities in Silicon Valley, acquiring Lime Lab in 2012 and opening the PCH Innovation Hub in 2013.

“It has taken off very well,” explained PCH founder and chief executive Liam Casey, adding that it was bringing a much higher level of engineering than the company had been doing in the past. That has cut the sales conversion cycle from 18 months to three months. “We hand it off to China at a much more advanced stage.”

The total number of affected roles is less than 10 per cent of its global workforce, which currently amounts to more than 2,600. Although the majority of the redundancies are expected to be local roles in China, the package will be open to any of its staff who deal with the affected operations in China.

Mr Casey said he expected the process to be completed within six weeks, noting there was a buoyant jobs market in Shenzhen where PCH has its China operations.

Celebrating 20 years in business this year, PCH has been working on increasingly more sophisticated projects. “Having the facility in San Francisco has given us fantastic presence in Silicon Valley,” Mr Casey said.

Among the most recent deals it announced was a partnership with L’Oreal to produce a wearable skin sensor that can detect the levels of UV to which skin is exposed.

The company plans to expand its San Francisco operations, adding more than 25 engineers to the 130-strong staff employed there in the coming year.