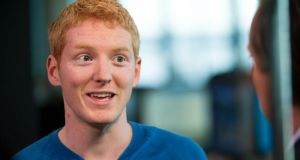 Cofounder of Stripe Patrick Collison. The company has opened a private beta for the service in Australia. Photograph: David Paul Morris/Bloomberg

Payment provider Stripe has taken the next step in its global expansion, opening a private beta in Australia.

The company announced the test phase earlier today. Australia is the first country is Asia Pacific to have access to Stripe, and becomes the company’s fifth territory currently in beta.

Ireland, Belgium, France and the Netherlands are also testing the service, while the UK recently became the first European country where Stripe began a full service.

Based in San Francisco, Stripe was set up by Limerick brothers Patrick and John Collison to make it easier to accept payments on the web. The service was launched in the US first in 2011, and expanded to Canada a year later.

Stripe has attracted interest from some of the tech industry’s big names, backed by Paypal founders Peter Thiel and Elon Musk, along with Sequoia Capital and Andreesen Horowitz.

The Collison brothers’ previous venture, startup Auctomatic, was sold to Canadian firm Live Current Media in 2008 for a reported $5 million.