Company valued at $10bn in last funding round in August 2013 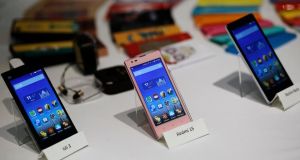 China’s top-selling smartphone maker Xiaomi has raised $1.1 billion in a venture capital funding round which values it at $45 billion, a decisive vote of confidence in the four-year-old start-up with a quirky business model and a creative approach to marketing in China.

Chief executive Lei Jun made the announcement yesterday on his official Weibo blog, China’s equivalent of Twitter, calling the valuation “an acknowledgment of Xiaomi’s achievements in the past four years, and is a watershed marking the beginning of a new stage in development”.

The valuation of the company, which has previously said it will not launch an initial public offering before 2018, is over four times the $10 billion score of its last funding round in August 2013.

The new round has been in negotiation since November. Investors include All-Stars Investment, DST, GIC, Hopu Fund and Yunfeng Capital among others, according to a Facebook announcement by Lin Bin, Xiaomi’s president.

Xiaomi has said it would use part of the investment to improve the entertainment options available to users of its phones.

This year Xiaomi will easily meet its goal of selling 60 million phones, and has announced an ambition to sell 100 million next year as it plans to export up to 10 countries, including India, Malaysia and the Philippines.

According to a tweet by Hugo Barra, Xiaomi’s chief of international operations, the company has sold more than a million phones in India since launching there five months ago.

But its ambitions there were put on hold this month following a lawsuit by Ericsson alleging patent infringement, and the Delhi high court blocked the sale of Xiaomi phones on December 11th. – Copyright The Financial Times Limited 2014