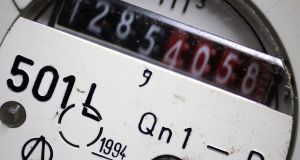 Its main clients are utility companies and it has recently launched a new product called Geo-Routing just in time (it hopes) to be of interest to the newly formed Irish Water.

Domestic customers aside, the company is hoping to build significant export sales on the back of the new product which can be used by any utility company anywhere in the world with some tweaks to localise the software.

“Utility companies are moving away from reading with hand-held devices to smart meters where readings are sent back remotely. That said it could take 20 years before the whole process is done remotely,” says company co-founder, Paul Barry.

In the meantime meters have to be read in person or the reader has to get close enough (in a van for example) to do a wireless reading.

“The logistics of running a team of meter readers and processing several thousand readings a day is a real problem for large scale networks,” Barry adds. “It doesn’t always go smoothly if transport breaks down or someone is out sick.

“And as things stand, meter readers often cross paths with each other during the day. Our system is a cloud-based planning tool that allows utility companies to group meter readings geographically and identify the reader closest to them when allocating work.

“By combining high speed searching and mapping functionality it helps the utilities to route their meter readers more efficiently and to meet regulatory targets for accurately recording readings.”

Barry says Temetra was well ahead of its time when it chose to use the web as the basis for its initial product a decade ago. Since then it has kept its edge by offering “a unique collection of functions that hit the spot for customers. It was a hard sell to get people to buy into the idea of using the web in 2002 not least because the utilities sector is notoriously conservative and likes traditional software and a server downstairs. But I came from a background developing web-based software, so to me it was the natural environment to be in for the future,” he says.

The company, which employs nine people, developed Geo-Routing from its own resources. The revenue model is software-as-a-service and the company has already signed up clients in the UK and Australia.

“As water meters become more and more widely used around the world, rising energy costs are going to create a global need to drive efficiencies in routing,” Barry says.