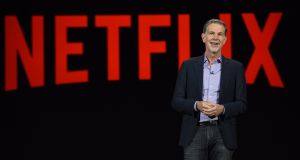 Video streaming company Netflix on Wednesday launched its services in 130 countries, covering almost the entire globe except China, as part of efforts to counter slowing growth in the US.

Shares of the company, whose popular shows include ‘House of Cards’, ‘Orange Is The New Black’ and ‘Narcos’, rose 5.5 per cent to $113.60 in afternoon trading.

India, Nigeria, Russia and Saudi Arabia were among the major countries where the service was launched, chief executive Reed Hastings said at the Consumer Electronics Show in Las Vegas.

The company, whose services were available in more than 60 countries before Wednesday’s launch, had previously said it aimed to reach 200 countries by the end of 2016.

US government restrictions on American companies mean Netflix will not be available in Crimea, North Korea and Syria.

Netflix, which has been spending aggressively to expand globally, has said it planned to “run around break-even through 2016” and then deliver profits.

“I think there’s been pent-up demand for Netflix outside of the few geographies they were available in previously,” Brian Blau, research director at Gartner, said.